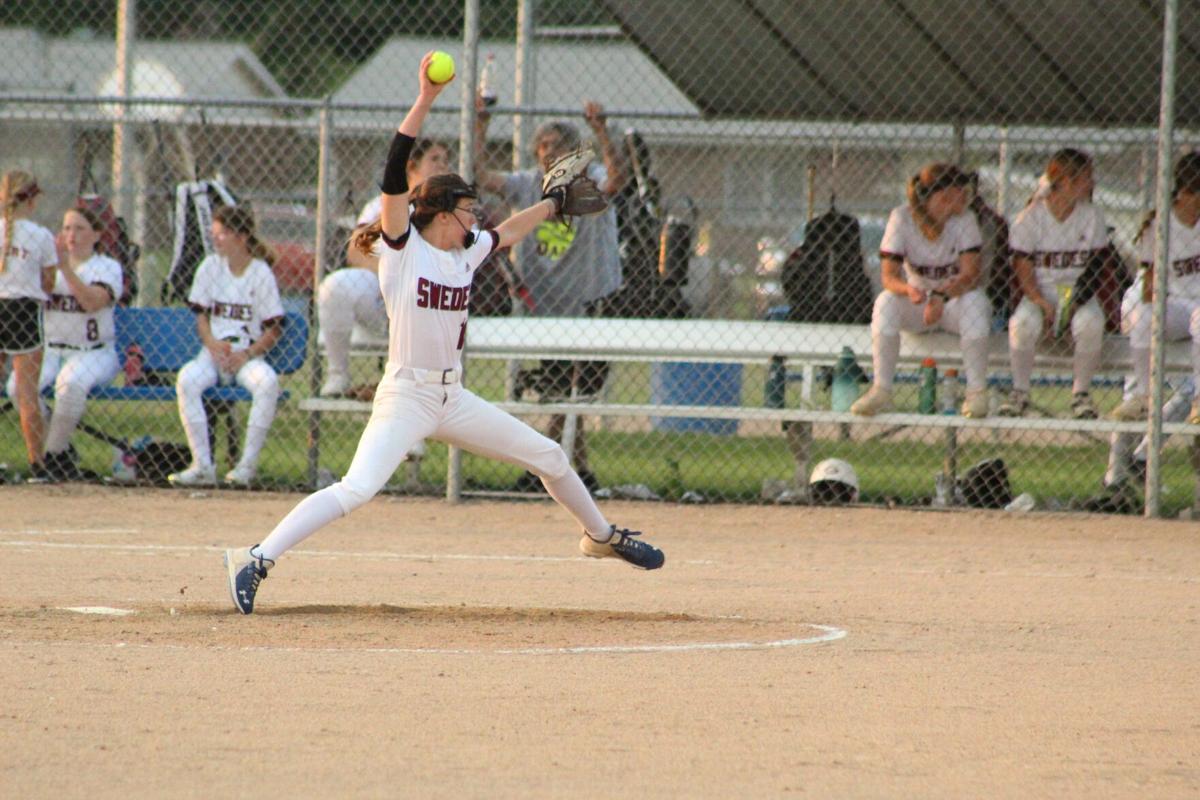 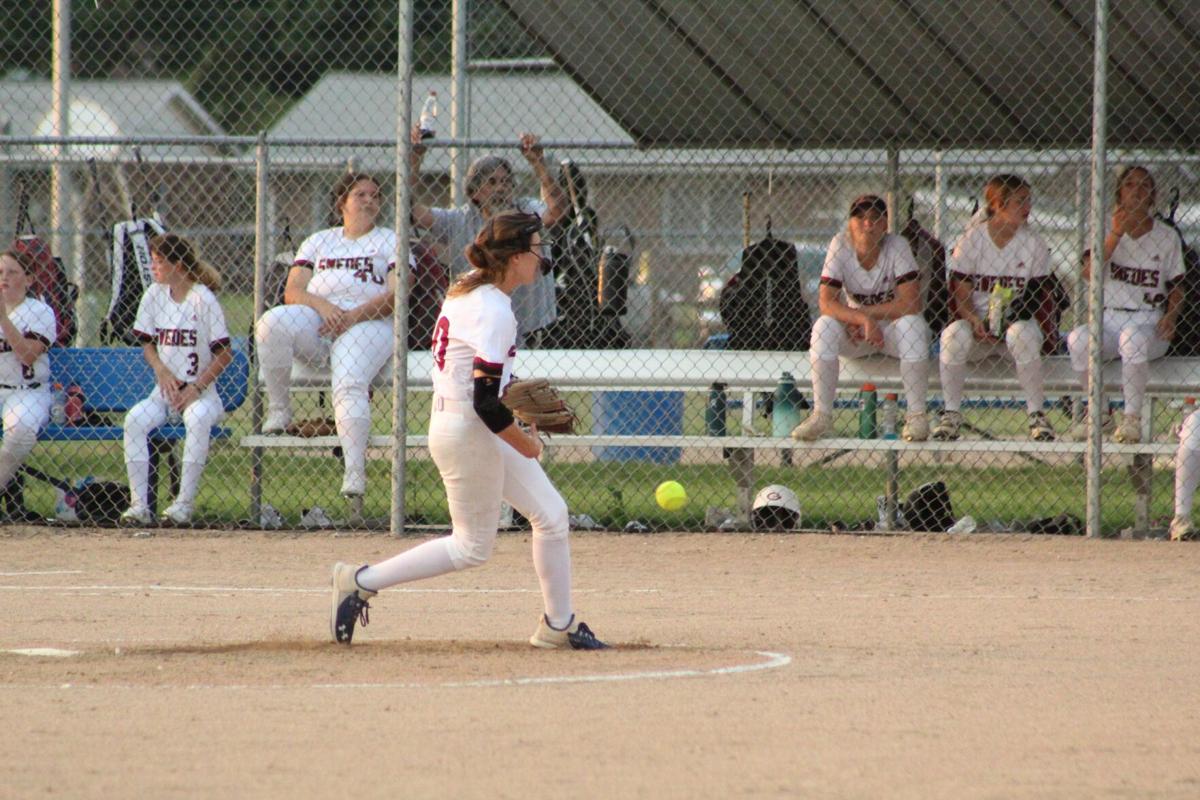 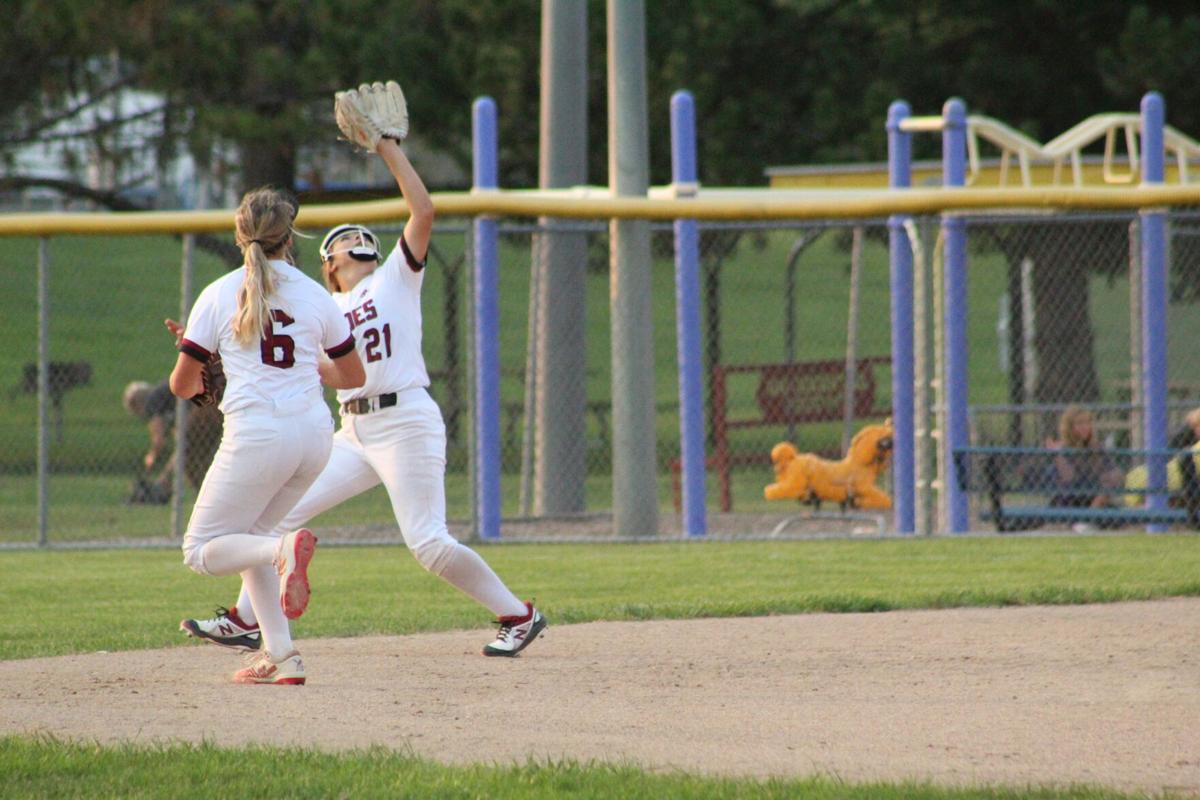 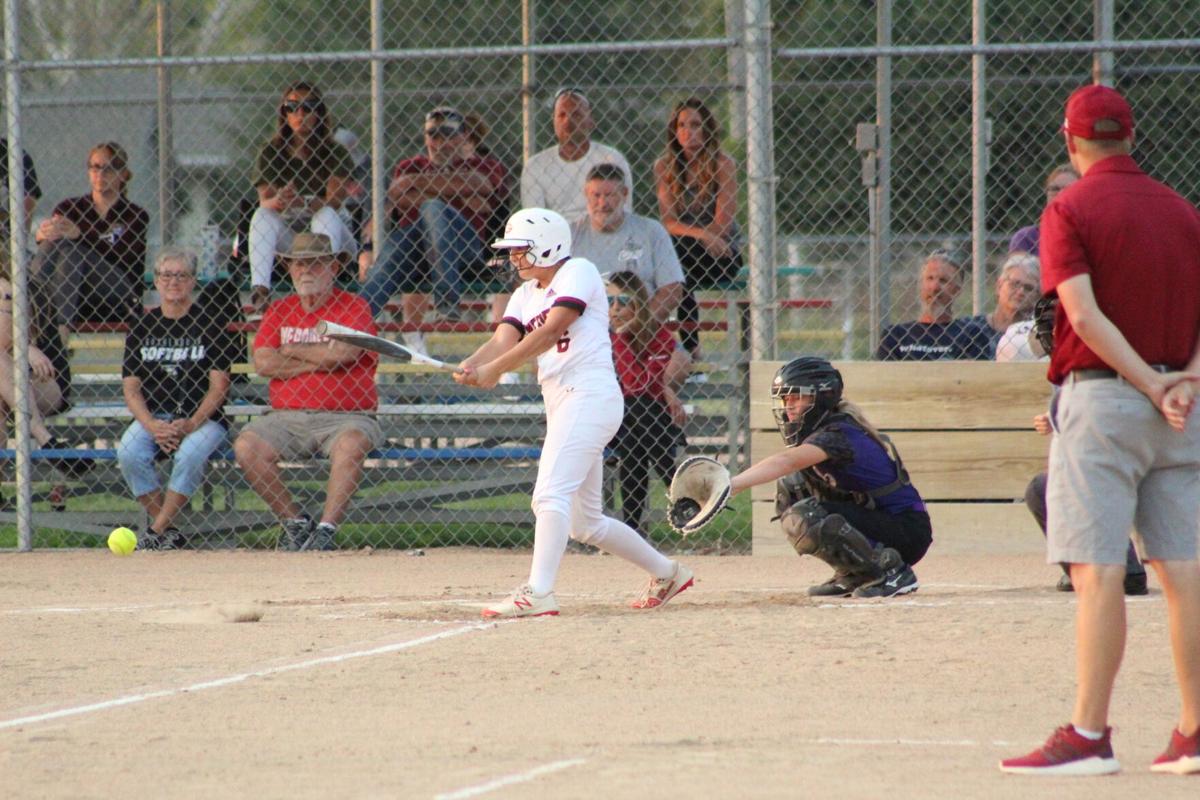 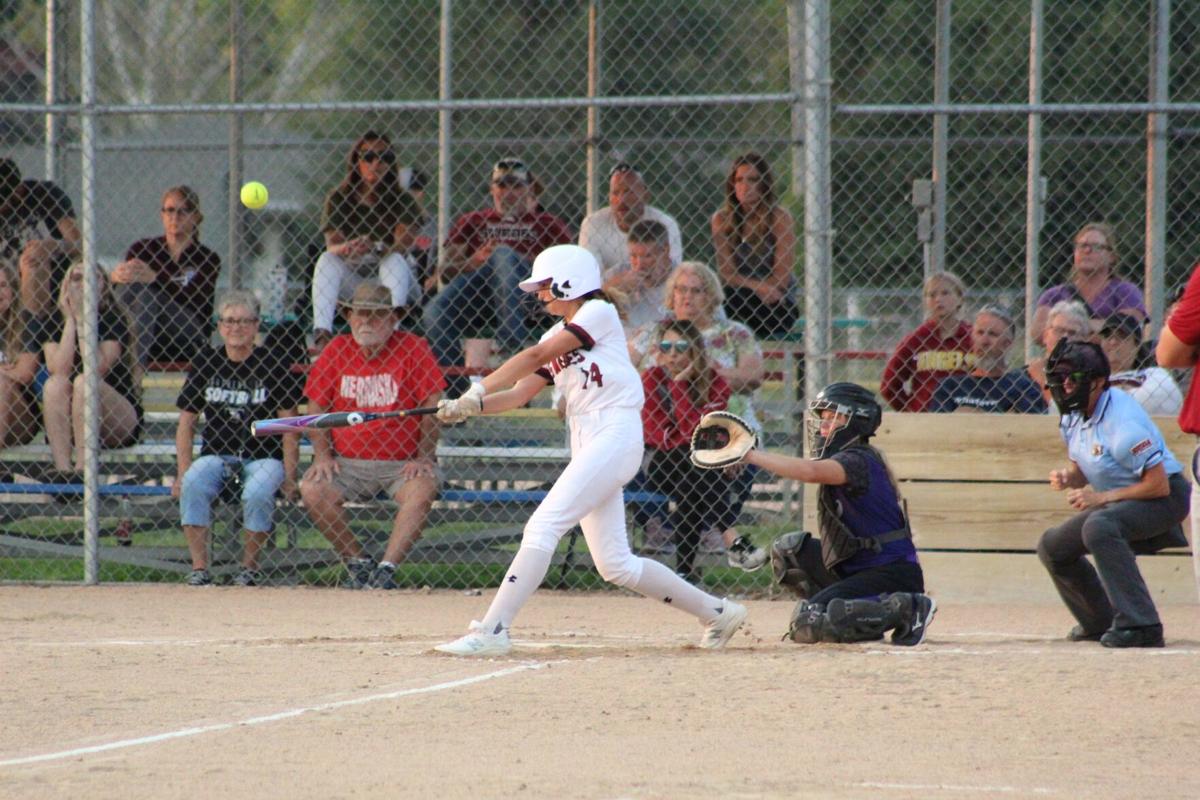 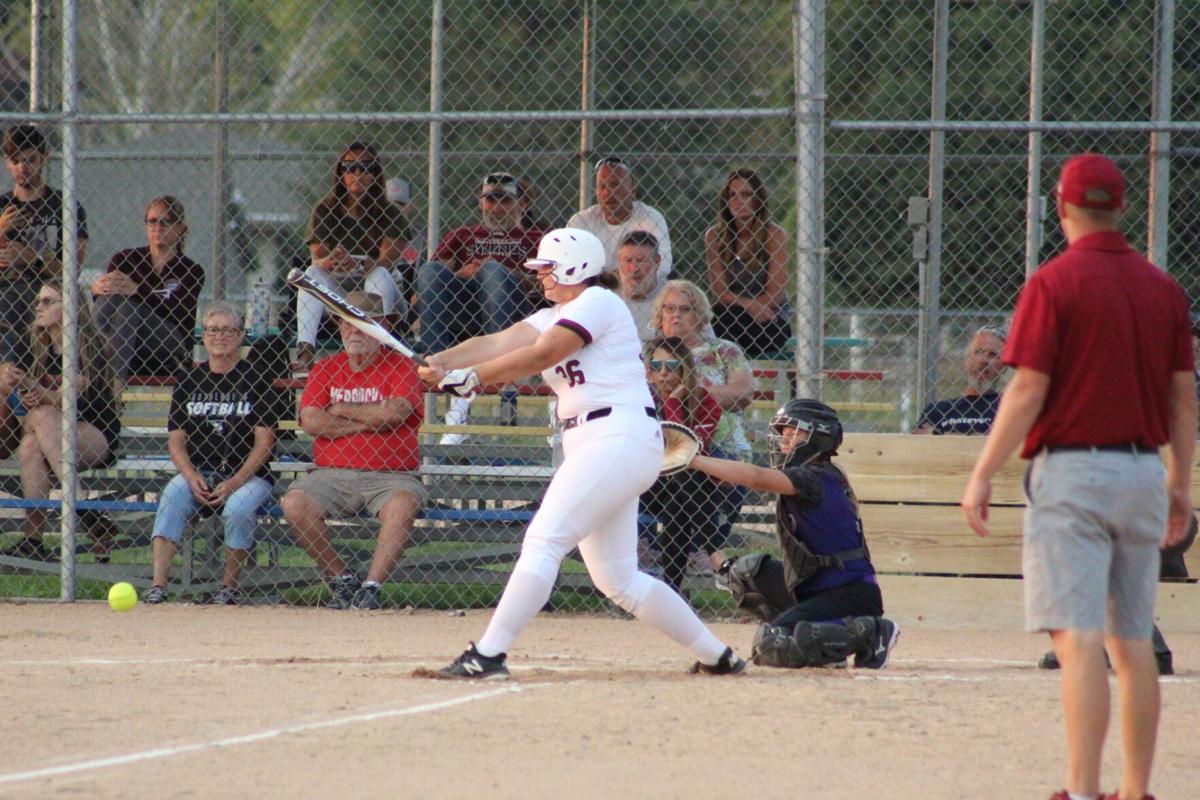 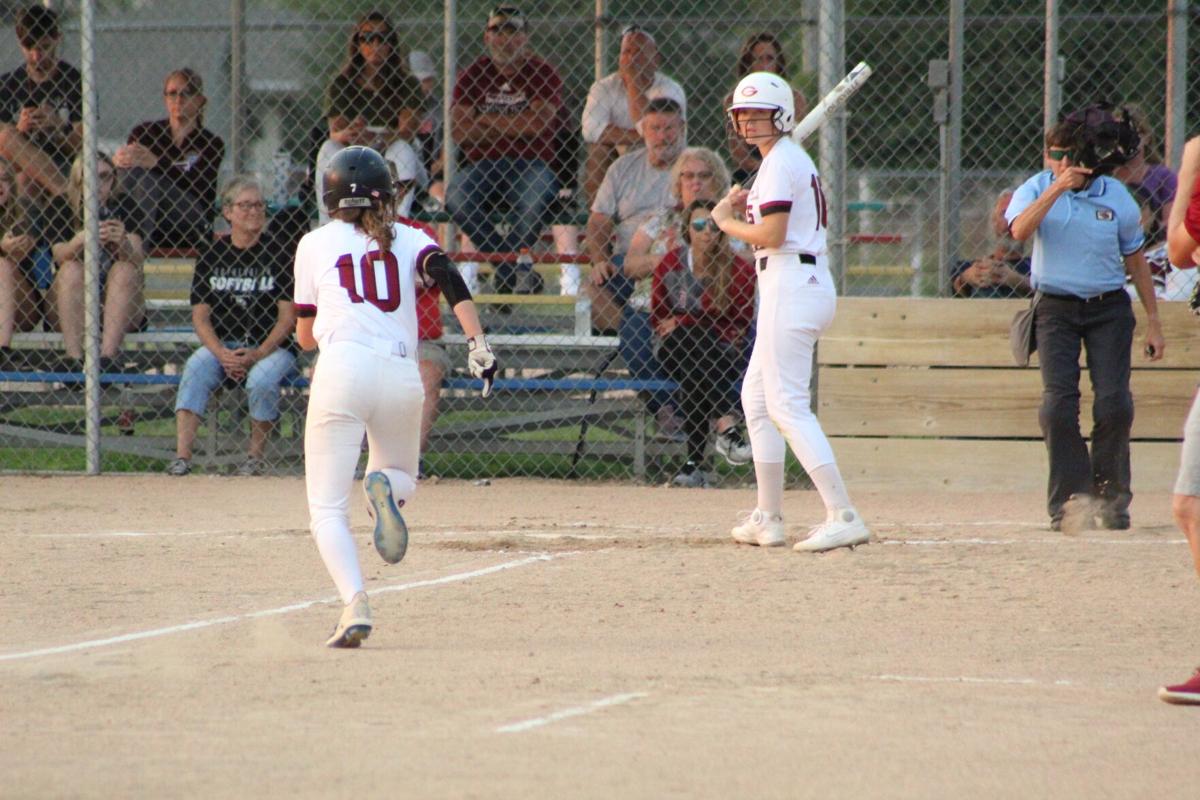 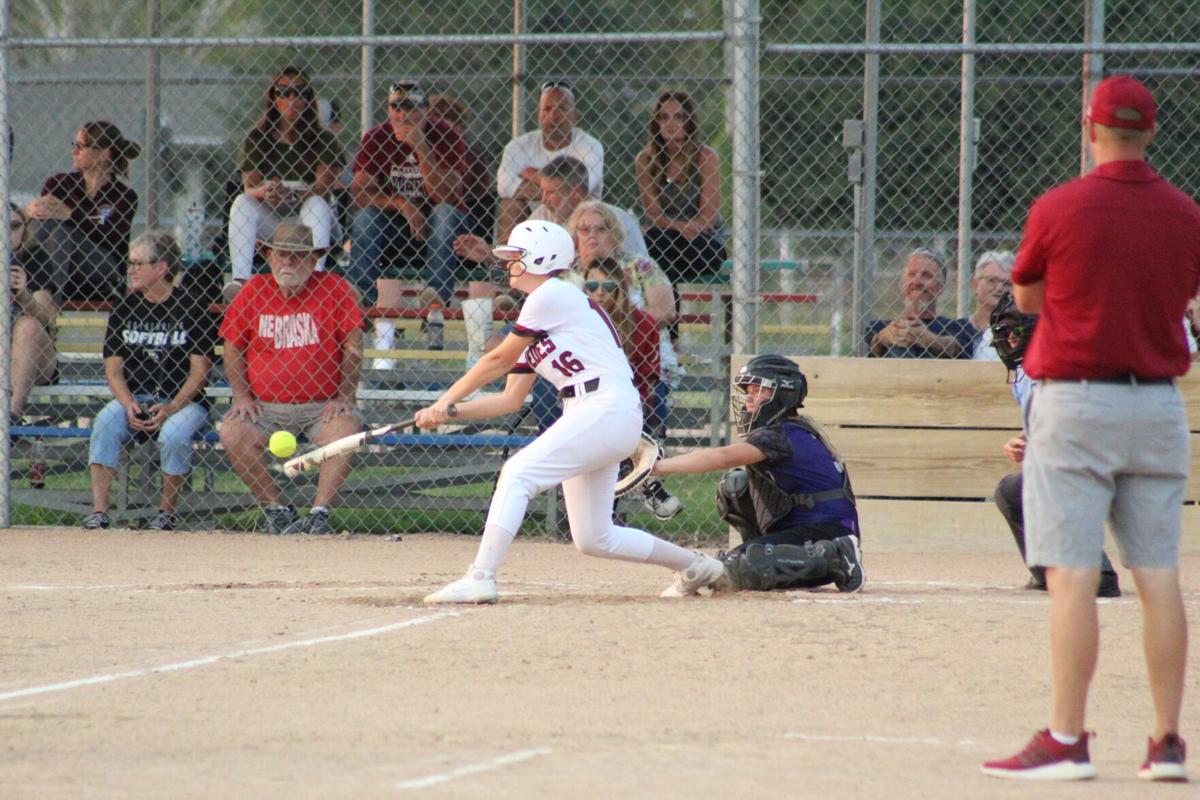 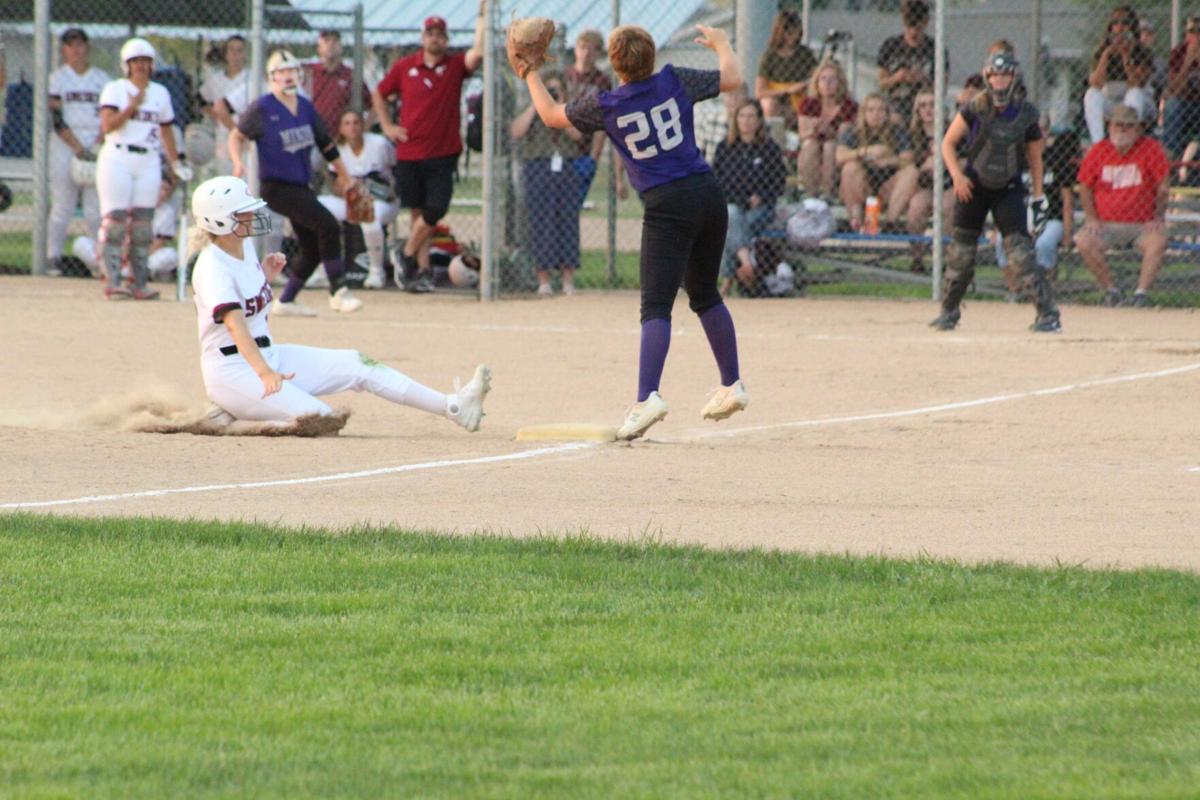 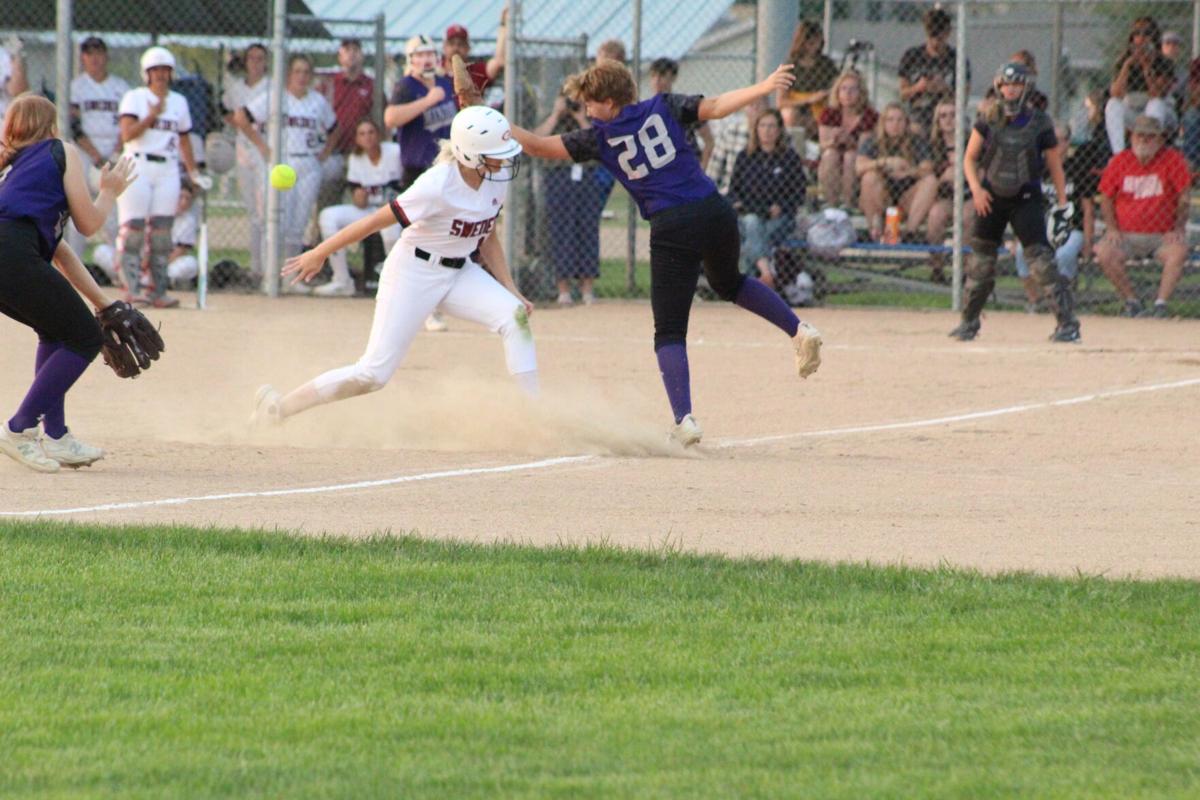 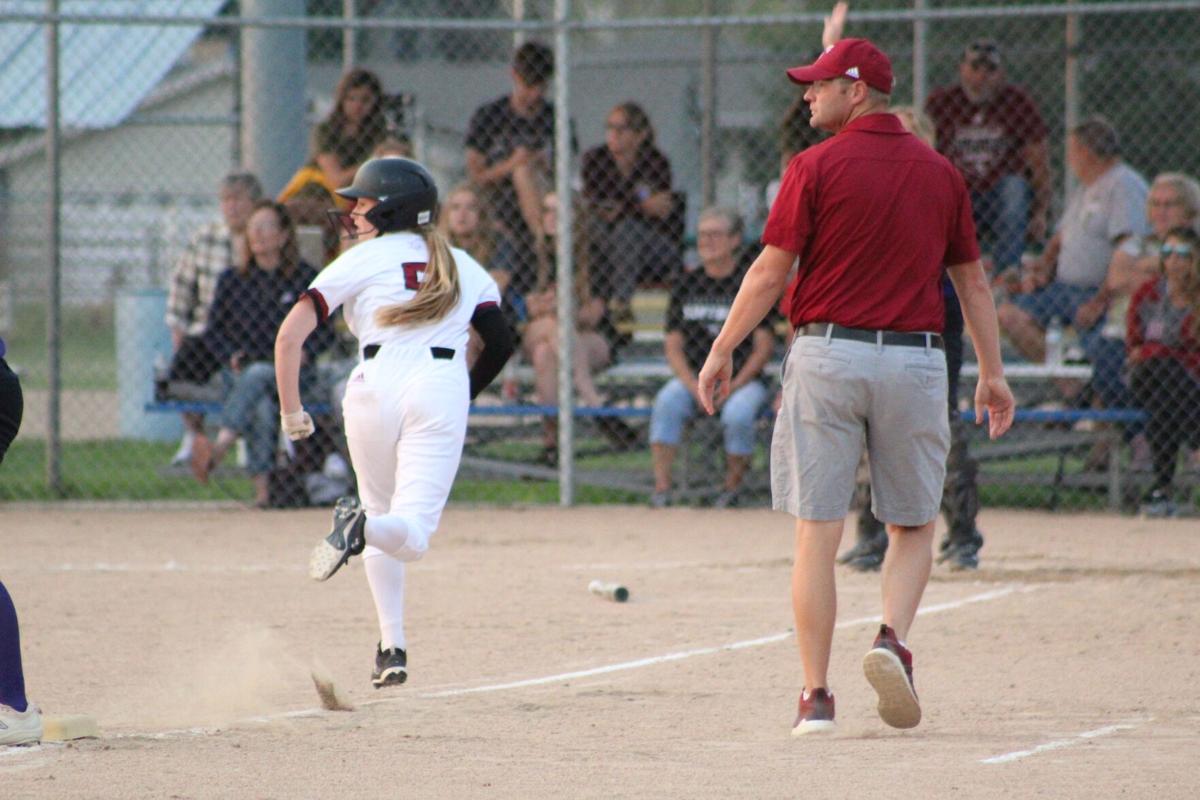 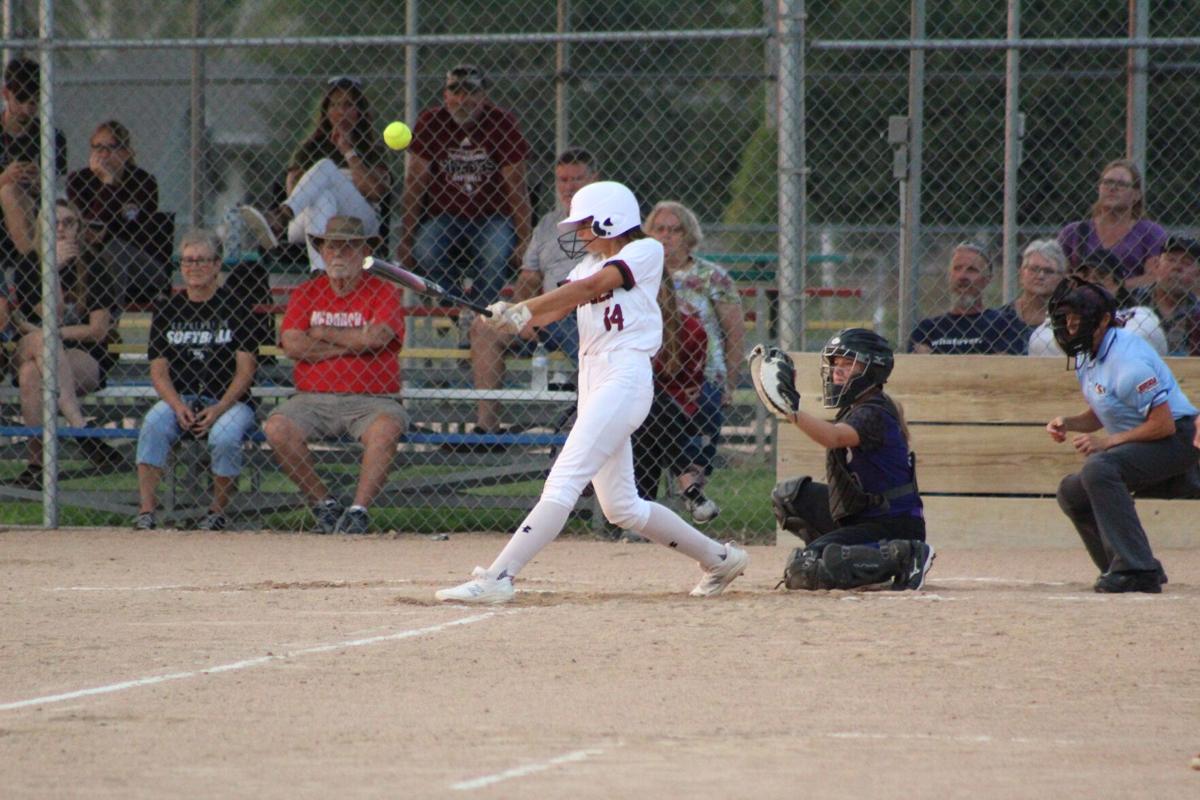 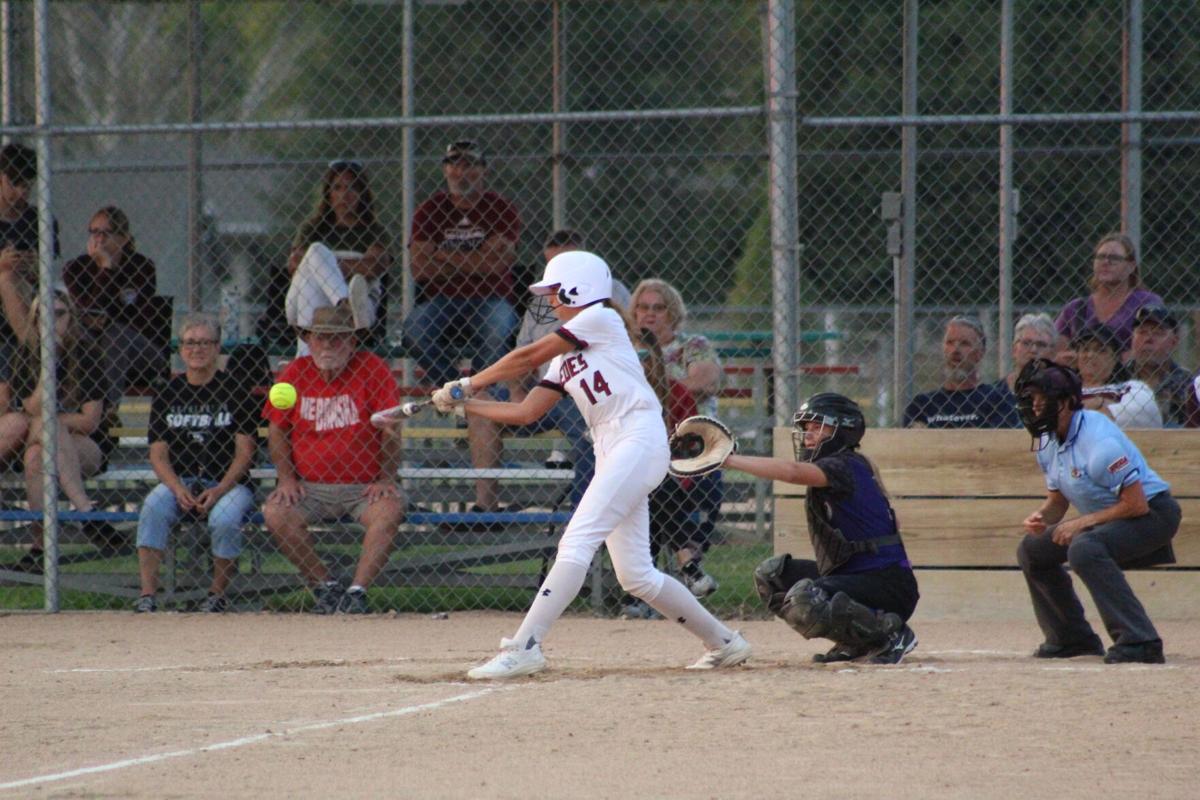 The Swede softball team has hit the busiest time in its schedule with 21 games in 17 days on their schedule.

No matter who you are, that’s a lot of games in a short period of time.

Despite the rigorous schedule, Gothenburg has found success in the past week, beating Minden and Chase County at home in games that the Swedes have scored at least 10 runs to only one of their opponents.

Swede head softball coach Luke Dea said that the message to his team as they get into this stretch of their schedule is simple.

“Our approach right now is for the girls to take care of themselves so we can get through this stretch healthy,” he said. “With this many games in a short amount of time, maintaining focus and intensity will be key. I think our mental and emotional approaches to each game will be huge in determining our level of success.”

On Sept. 9, the Swedes hosted Minden at the Gothenburg 4-Plex and quickly got out in front of the Whippets.

A five-run first inning helped the Swedes to gain momentum and solid pitching from Hannah Devlin gave Gothenburg the edge as they churned forward to a 10-1 win in four and one half innings of play.

Madison Beachel went 2-3 at the plate with a double and two RBIs.

Wren Herrick was also 2-3 at the plate, bringing two runs across the plate and tallying two stolen bases.

Devlin pitched five complete innings, striking out five while only allowing one run on three hits.

On Sept. 11 the Swedes hosted Chase County and got the offense fired up early.

Three runs crossed the plate in the first inning to get things rolling for Gothenburg and they kept the pressure on as they scored two in the second, one in the third and four more in the fourth.

Taysia Holbein and Herrick were 3-2 at the plate with two RBIs each.

Addisyn Streeter, Herrick and Devlin each had multi-base hits in the game, the three Swedes drove in five of Gothenburg’s 10 runs.

Gothenburg was once again busy on the basepaths, stealing four bases in the contest.

The total number of stolen bases in the two games played last week was seven, a number that Dea says that he’s pleased with and something the coaching staff has been working on with the Swedes.

“Baserunning can be tricky,” he said. “You want to be aggressive but not reckless. I think we were too passive the first two weeks of the season, so we have emphasized baserunning lately.”

Dea continued to say that coaching the girls up in recognizing situations where they can capitalize on split-second decisions has been key.

The performances of the Swedes’ pitching staff has also helped pave the way for Gothenburg to find success on the field, as well.

“Hannah and Brianna have been throwing well and we think we have a viable second option in Brianna,” Dea said. Hannah has been solid for us the past two seasons, and it was an emphasis for the team to improve defensively so that we didn’t have to rely so much on our pitchers striking out batters.”

Dea continued to say that the Swedes have improved a lot in all positions on the field and he feels that will take some pressure off the pitching staff.

The Swedes head to Holdrege on Sept. 16 to take on the Dusters with the JV game starting at 5 p.m. and the Varsity game to follow.

Then, on the 18th, Gothenburg travels to the Grand Island Northwest Invitational.

The Swedes take to the road again on Sept. 21 for a triangular at Hastings high school and are at Ogallala for a 3 p.m. varsity-only game.