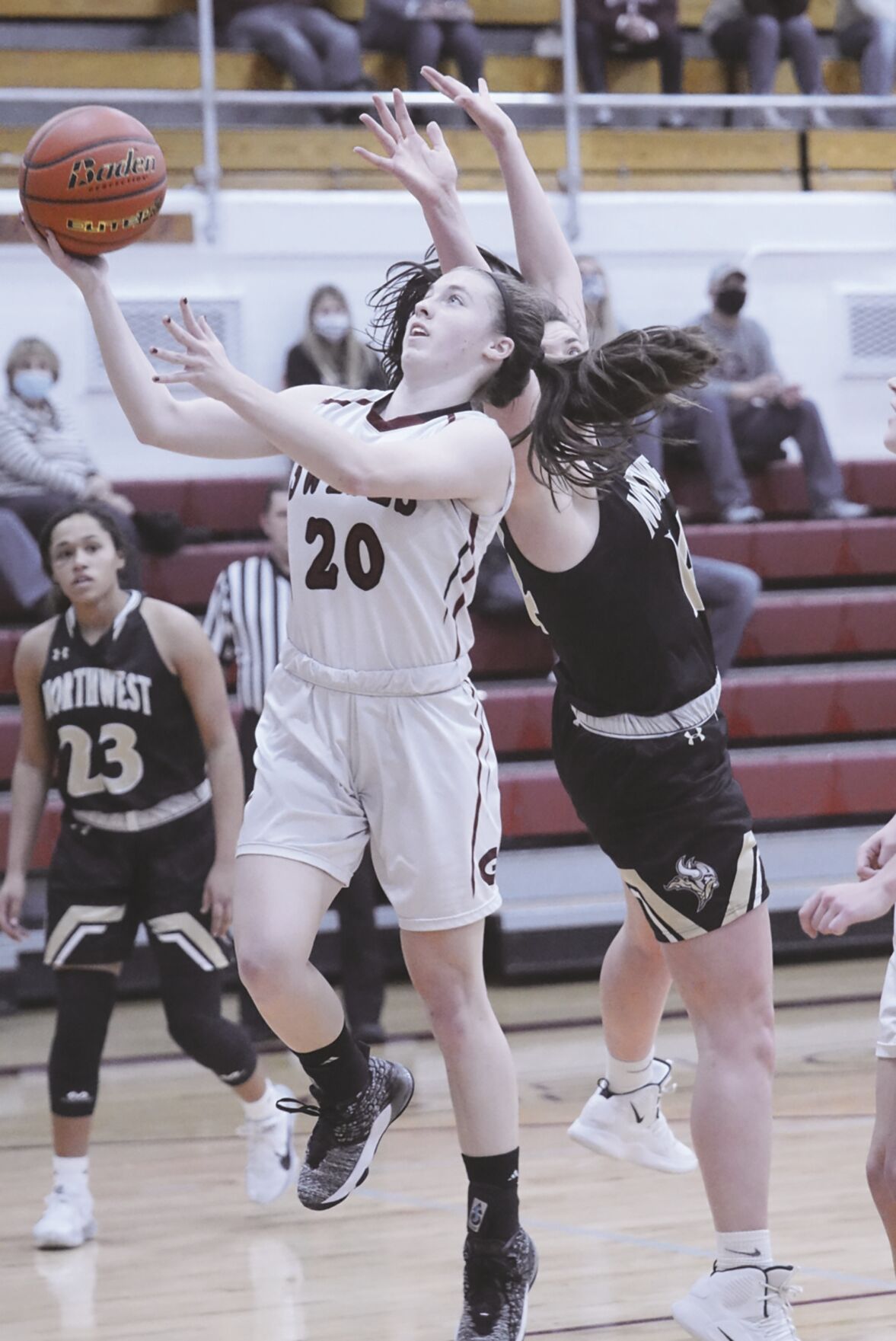 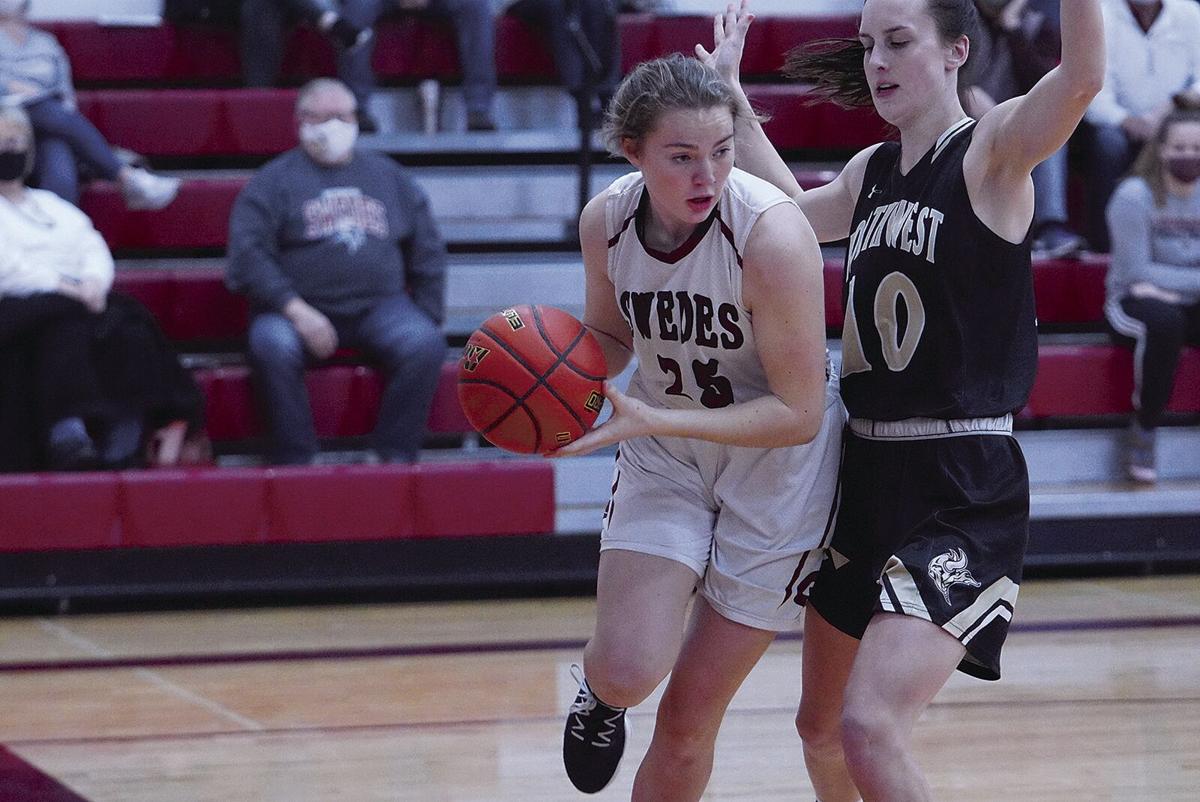 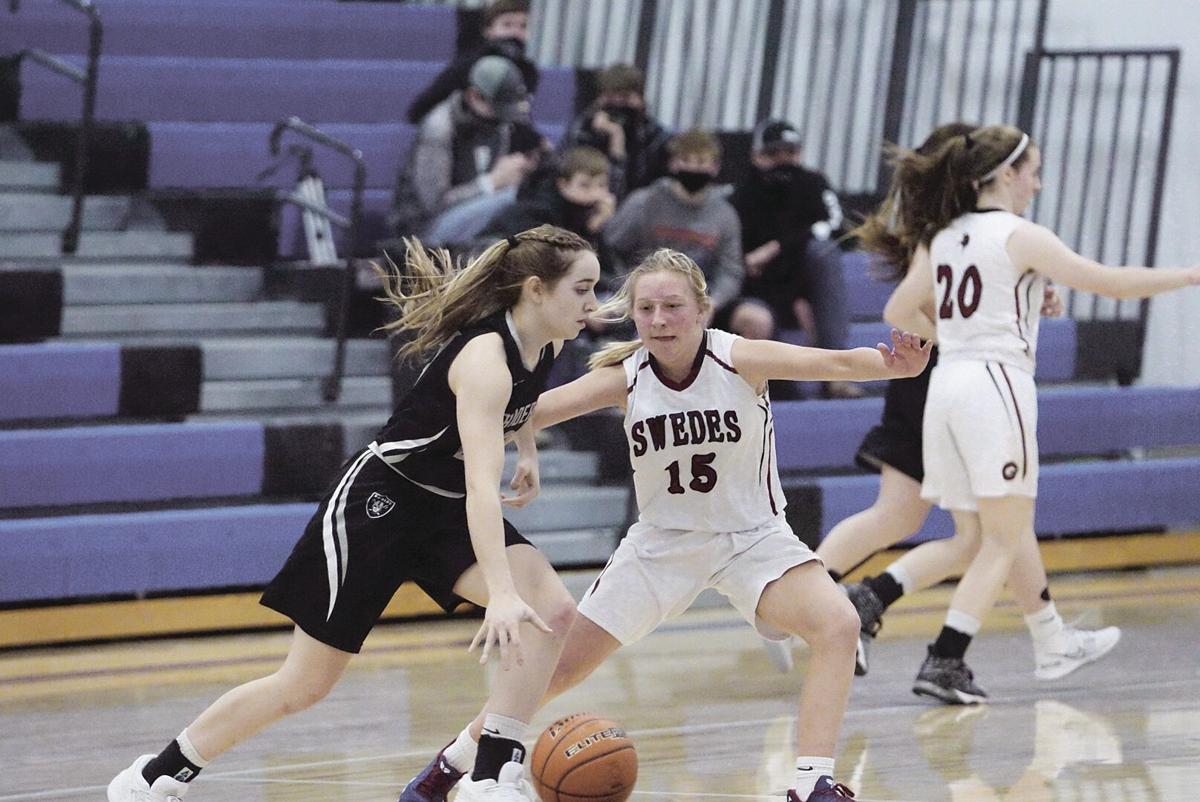 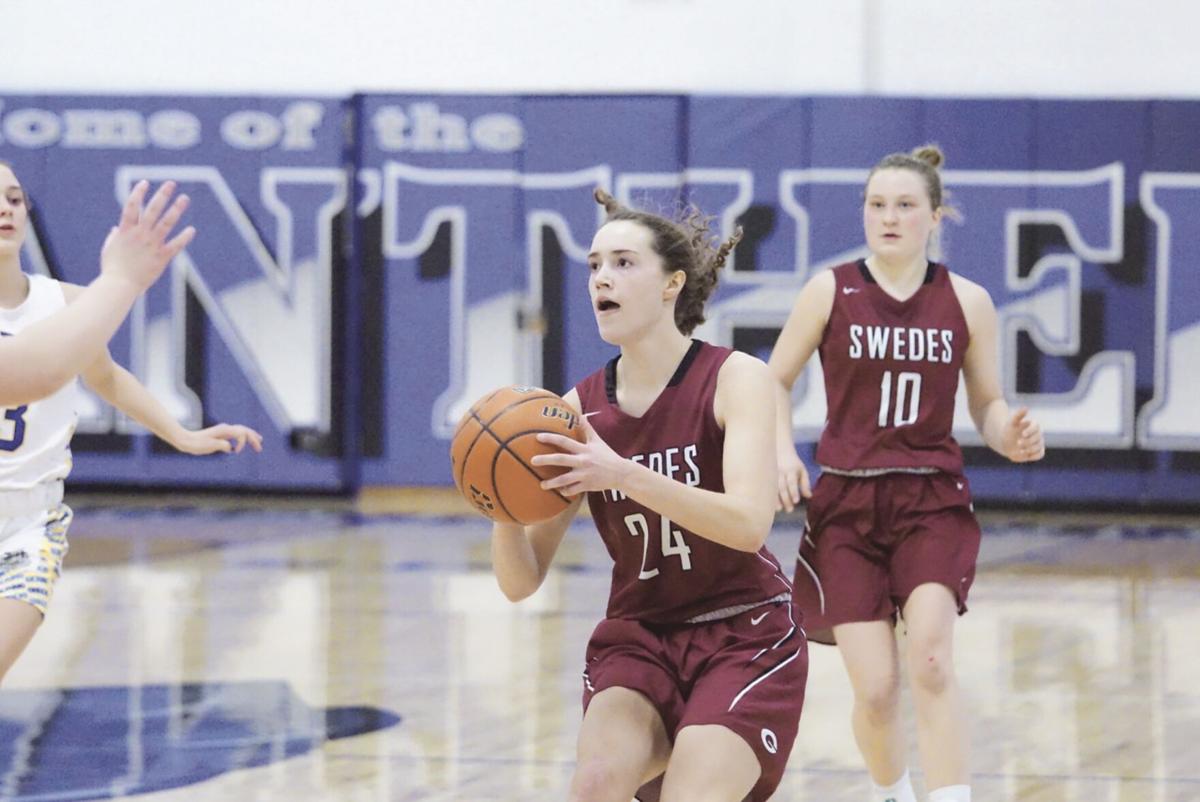 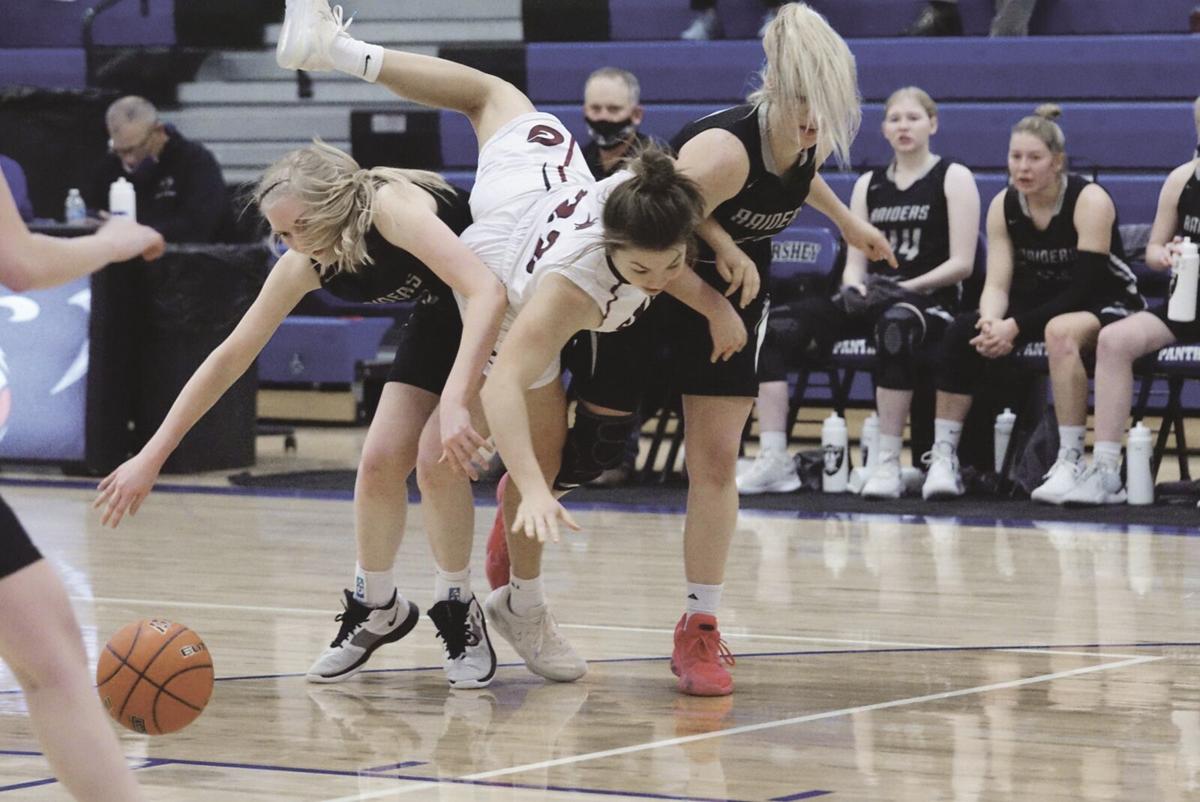 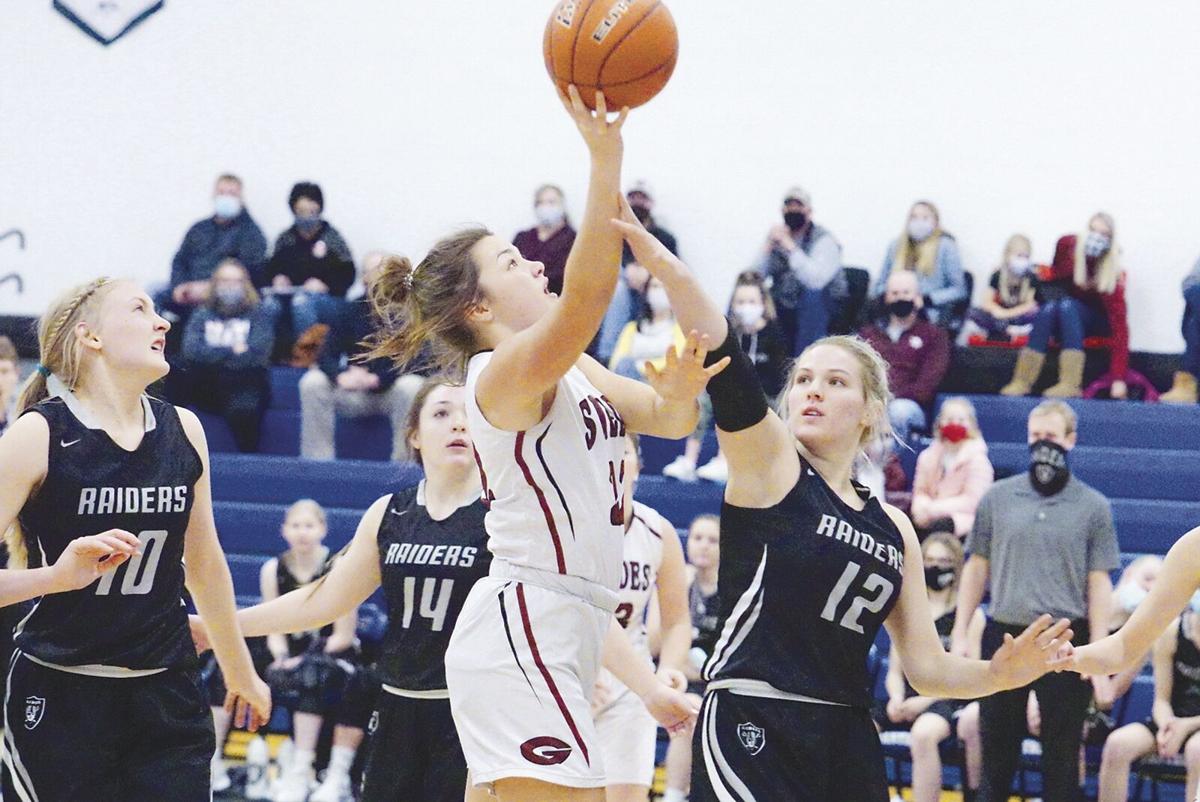 The Lady Swedes hit the hardwood for some post-holiday competition when they hosted Grand Island Northwest January 2, and while the Swedes fell 64-47 in the Saturday afternoon contest, coach Kassie Schuett said that there were plenty of things the club took from the game.

“I think overall, the girls did a really good job of keeping their intensity up and the game plan in focus,” she said. “We didn’t shy away from the bigs they had on the inside, we kept taking it to the hoop. We just have to find a way to finish.”

Schuett said the Swedes anticipated the height that the Vikings would bring to the court, and she felt that the team handled that disadvantage well.

“We came out hard in the third quarter and put up good numbers, then the fourth quarter just got the best of us, but I don’t feel the score reflected how hard and good the girls played,” she said.

Chiara Richeson and Annica Harm led the Swedes in scoring with 12 points each and Aubrey O’Hare added nine.

A five-day break for the Gothenburg girls’ basketball team didn’t help their cause when they went to battle the Gering Bulldogs at the Greg Miller Holiday basketball tournament in Hershey Dec. 30, falling 55-50 in a game that went down to the final minute.

The Swedes came out slow and according to Schuett, had some work to do in the second half to get themselves into contention.

“I do think the time away from the gym and the routine impacted our intensity against Gering,” she said. “It was the first game to this point in the season that I felt we lost because of our effort and our want. We came out pretty slow in the first half, defense wasn’t disciplined and the hustle wasn’t what it was before we went into the break. When we decided to find the intensity in the second half, we were playing from behind and just didn’t have enough in the tank to pull it off.”

Strauser and Harm had 14 points each in the loss to lead the Lady Swedes in scoring. Marley Kennicutt added seven.

Harm had seven rebounds and Richeson doled out four assists.

The second day of the tournament saw the Swedes take on Lawrence-Nelson.

Gothenburg caught their stride and made quick work of the Raiders, 64-9.

“It felt really good to be able to get back into the swing of things,” Schuett said. “I was pretty nervous how the girls would bounce back after losing a tough one to Gering, but they proved that wasn’t an issue in the Lawrence-Nelson game.”

Harm tossed in 16 points for the Swedes, Kennicutt and Ashlyn Richeson each had nine and Chiara Richeson and Strauser had seven each.

O’Hare and Clara Evert each had four rebounds.

The Swedes look to take on McCook Jan. 8 at McCook High School, then host Centura at Gothenburg on Saturday, Jan. 9.

Home games are available in live-streaming on the Gothenburg Activities YouTube Channel.