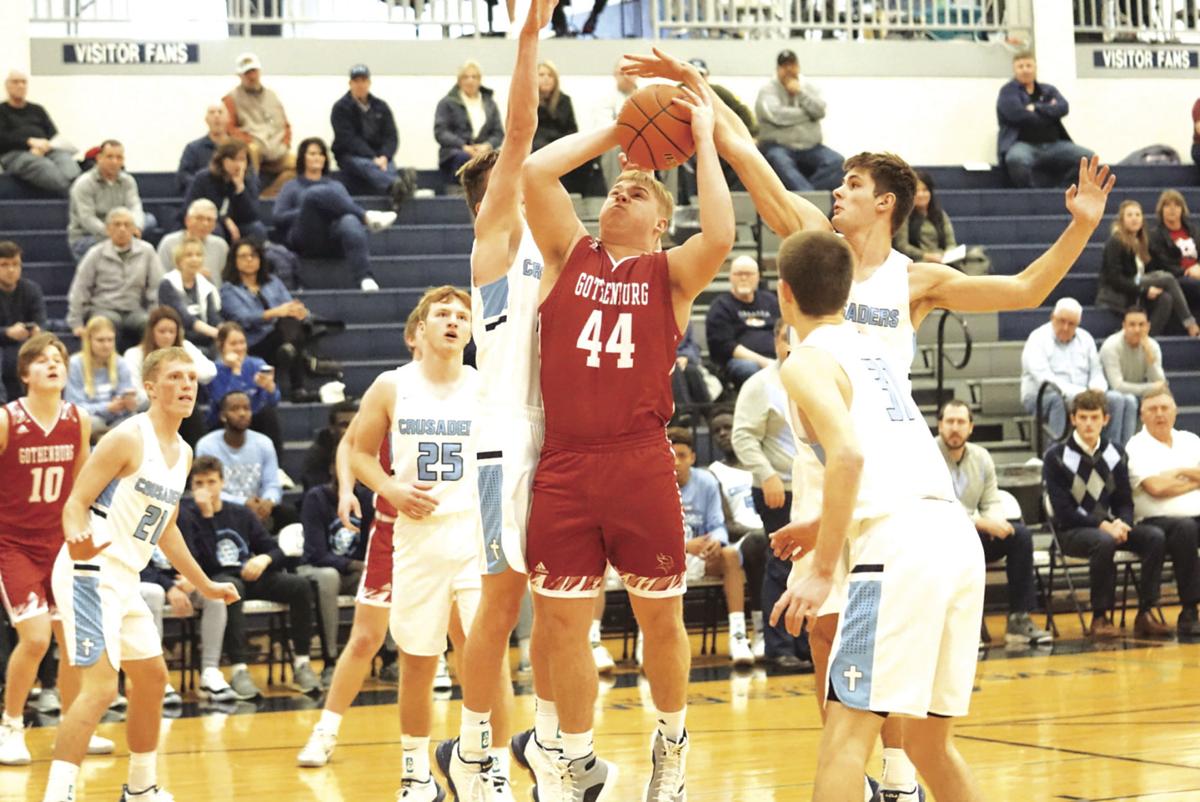 Tucker Wyatt goes up through the trees on a shot attempt in the paint vs. the Crusaders Dec. 27. 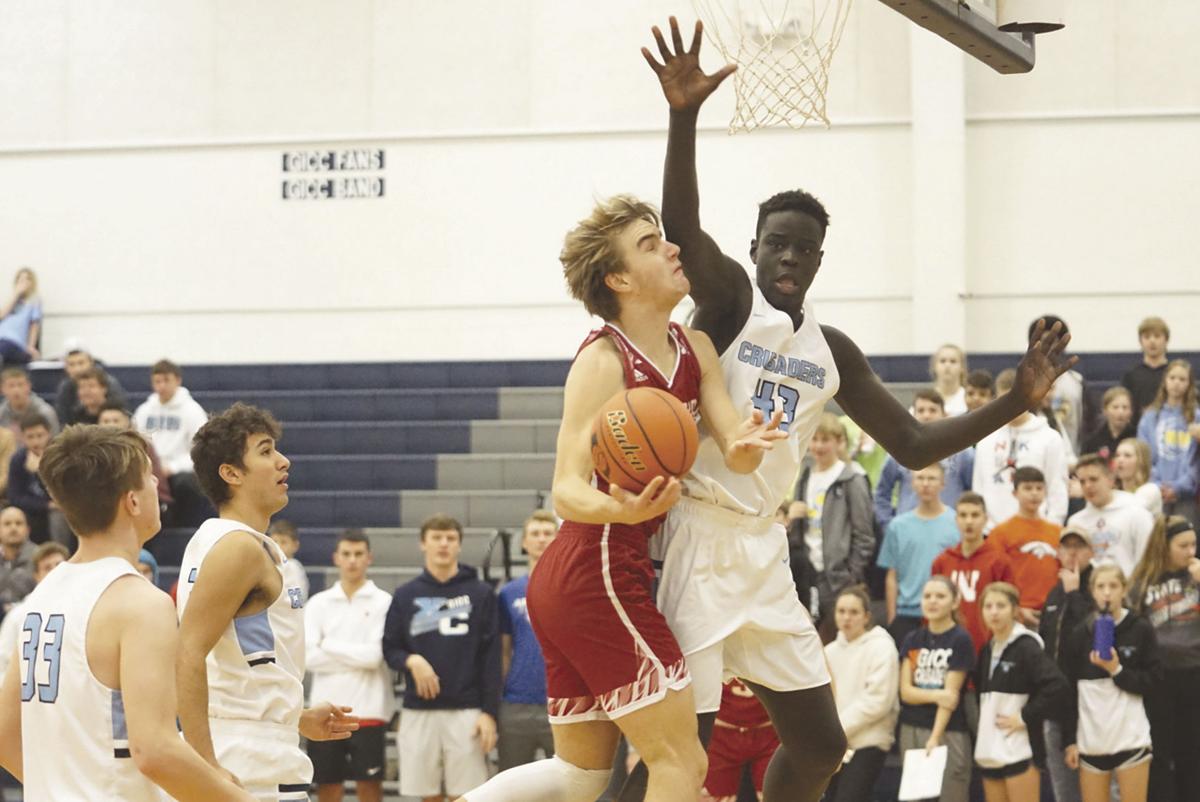 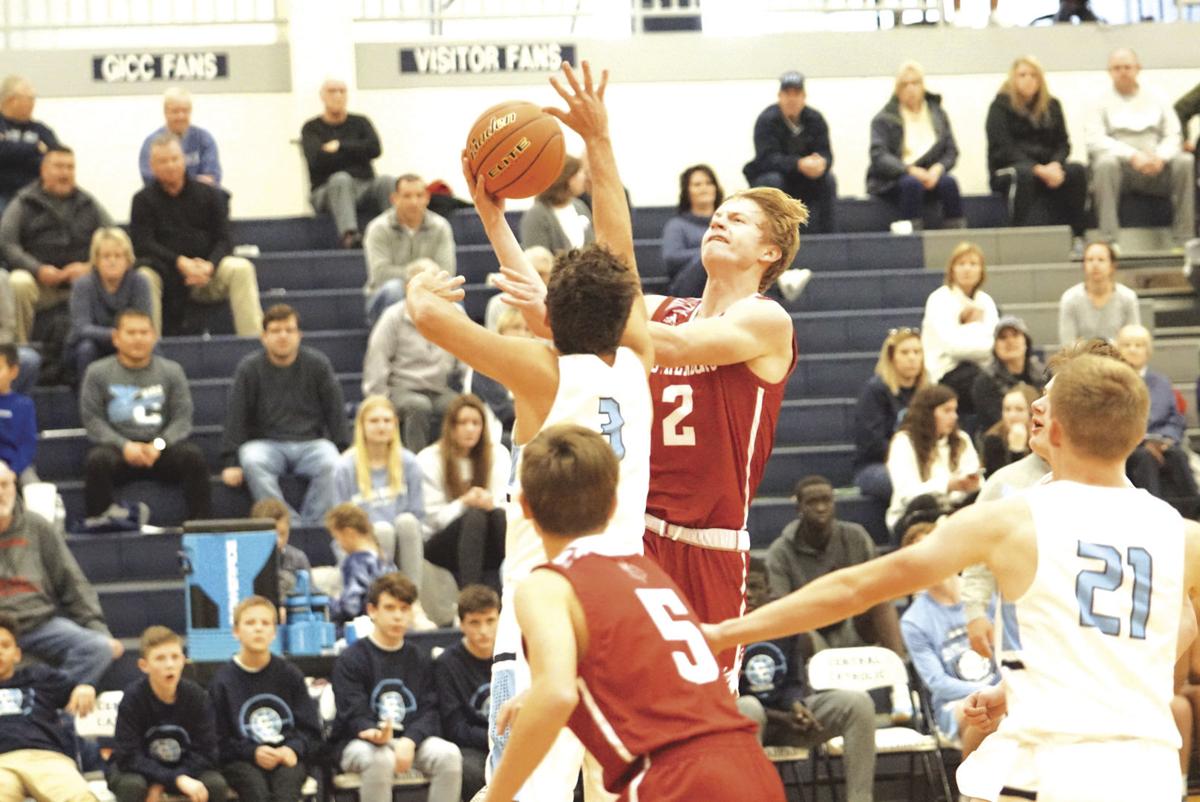 At right, Owen Gieken goes in for a layup attempt against a Grand Island Central Catholic defender. 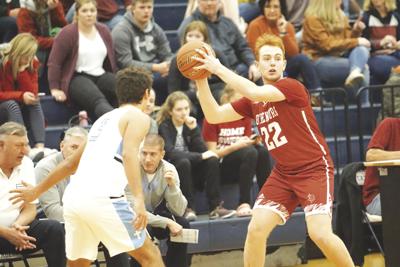 Tucker Wyatt goes up through the trees on a shot attempt in the paint vs. the Crusaders Dec. 27.

At right, Owen Gieken goes in for a layup attempt against a Grand Island Central Catholic defender.

The Swede boys basketball team had a tall order in front of them Dec. 27 when they took on the Class C-2 No. 4 rated Grand Island Central Catholic Crusaders in the GICC Holiday Tournament.

Coach Scott Carlin said the Crusaders’ starting lineup was tall, quite literally, and the inside and outside game played a big role in the Swedes’ 75-31 loss.

“Their starting five include two juniors at 6” and 6’3” who have started since their freshman year, a 6’3” sophomore who started last year, a 6’2” sophomore who was the first off the bench last year and a 6’9” junior who was not eligible due to transfer rules last year,” he said. “Their length and ability to pressure with a 6’9” shot blocker on the back end makes it super tough to attack.”

The Swedes got out to a quick start, leading 12-11 midway through the first quarter, but the Crusaders came roaring back with 12 unanswered points to close out the first period of play.

Carlin said that the plan of attack against the Crusaders was to limit their offense down low, but with sharpshooters on the perimeter and size on the blocks, it was a difficult task.

“On defense, we tried to take away some of their motion post looks but unfortunately gave up 16 threes,” he said. “Then if we extend out the 6’9” guy went to work. It was a double-edged sword for us and we couldn’t overcome it.”

Despite the numbers on the scoreboard, Carlin said his team made some adjustments that interrupted the Crusaders’ game plan.

“I liked how we were able to switch defenses and make them second-guess a few positions, but they are the real deal,” he said.