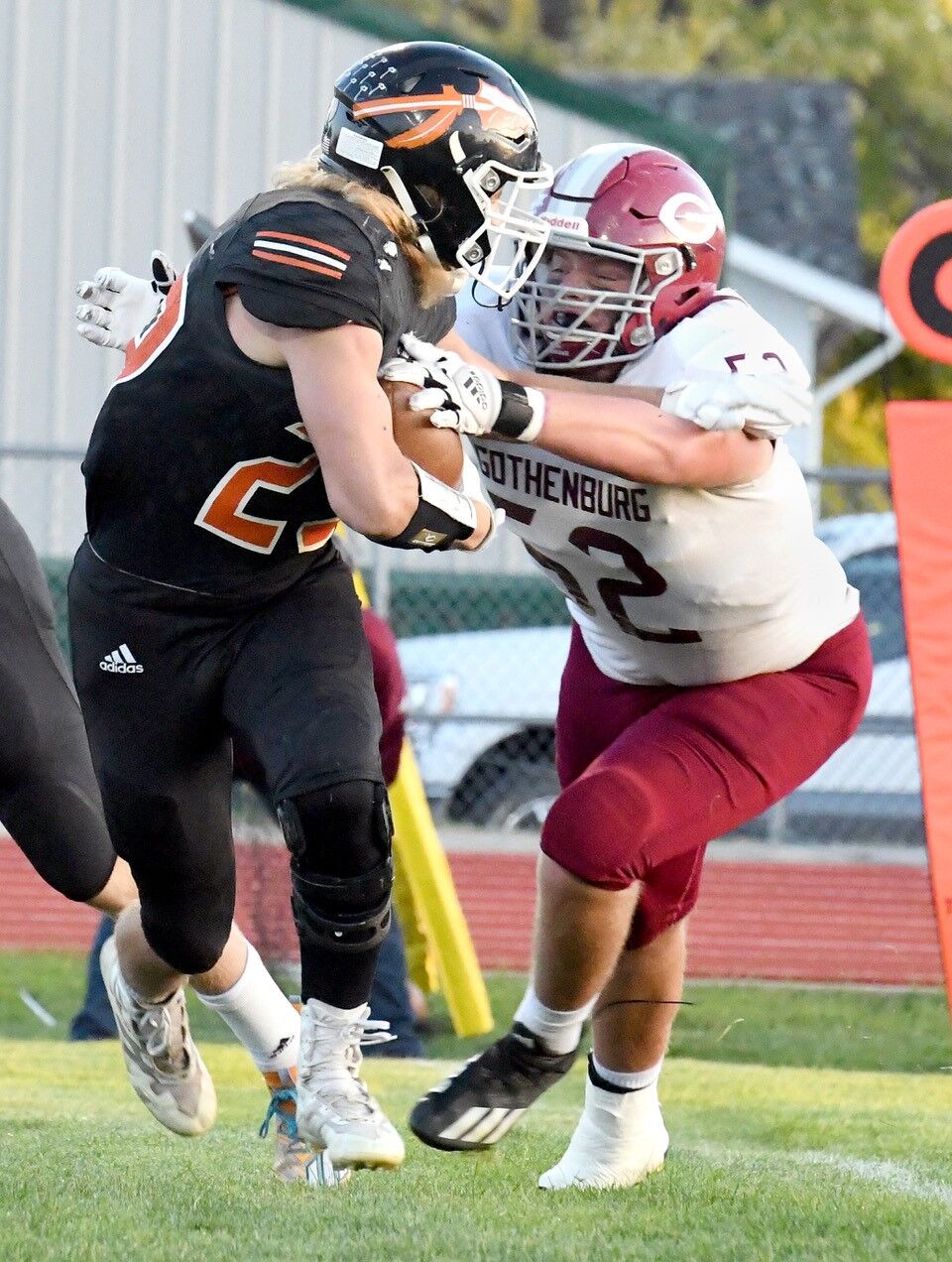 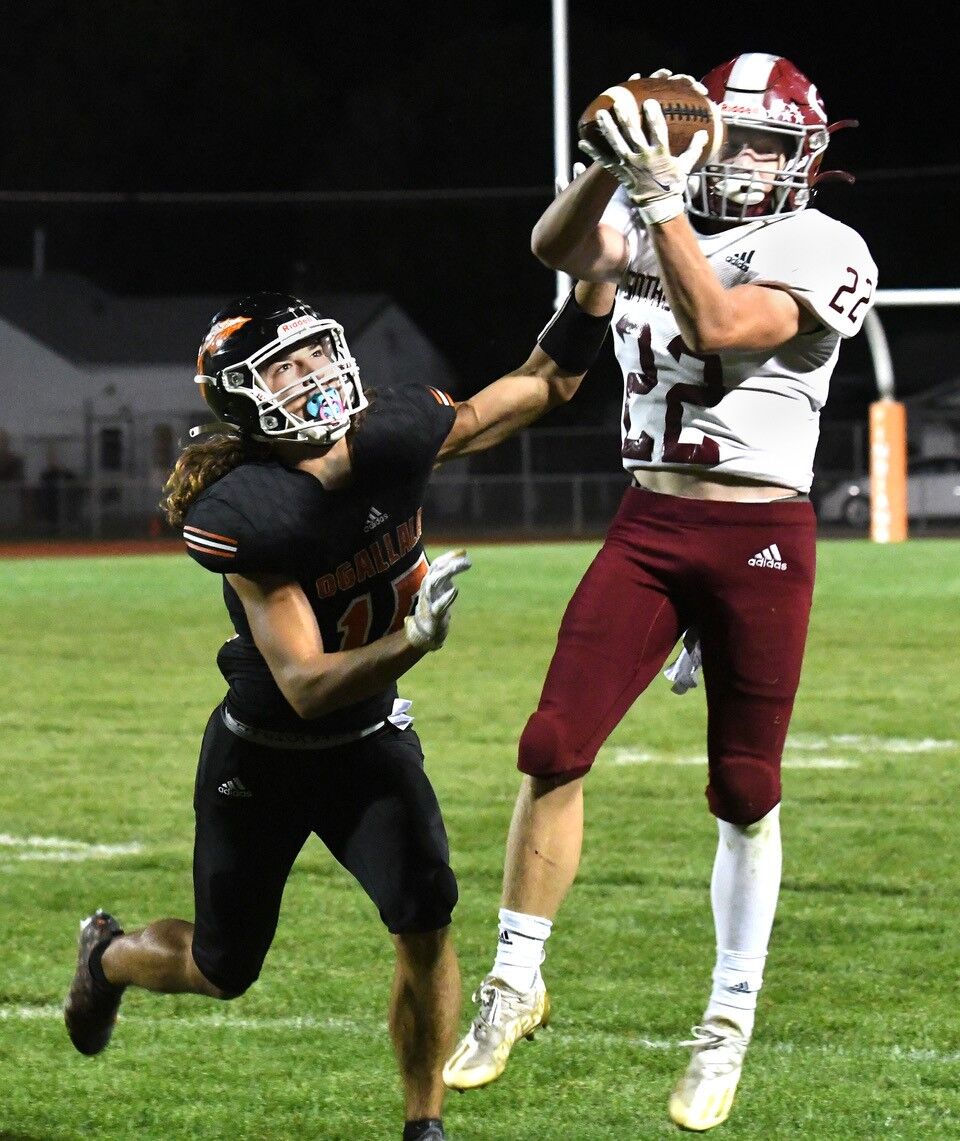 Tra Rossell leaps to snag a pass in the Sept. 24 game against Ogallala. 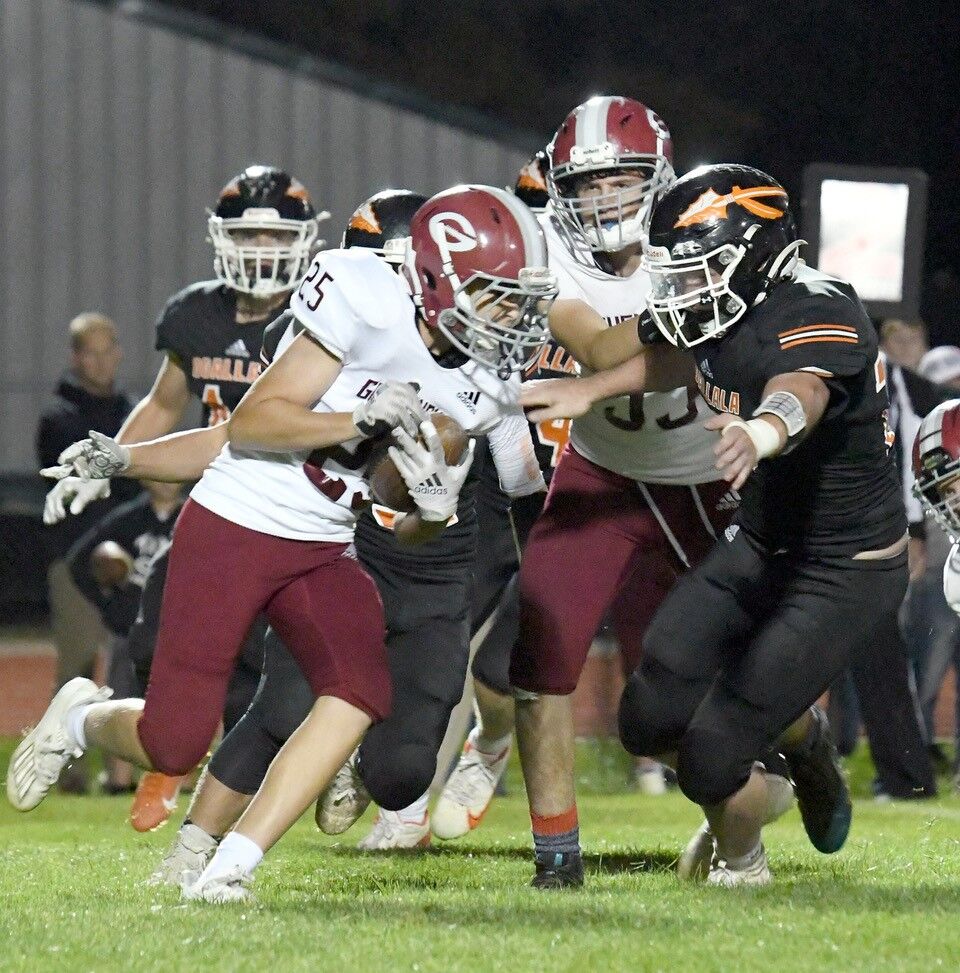 Preston Nichols turns the corner in late-game action against Ogallala.

Tra Rossell leaps to snag a pass in the Sept. 24 game against Ogallala.

Preston Nichols turns the corner in late-game action against Ogallala.

It’s a big week for Swede football as they take on the Mitchell Tigers in the homecoming game on Oct. 1 at Gothenburg High School.

The Tigers bring a 3-2 record to town and coach Craig Haake said that the Swedes would look to get their first win of the season this week by executing a simple game plan.

“It’s going to come down to whoever can run the ball and not turn it over is going to win,” he said.

Haake went on to say that the Tigers have struggled this season and as a team, they are not as quick as what the Swedes have seen in past games.

“They’re big, that’s nothing new for us,” he said. “If we can sustain our run game we will be successful.”

In thinking about the game ahead and the festivities and excitement surrounding the Homecoming week, Haake said that his goal was to keep the team focused on football.

“It’s the same message I tell them every year,” he said. “What people remember is the game. A lot of guys won’t remember who the royalty is 10 years from now, but they will be able to tell you the score of the game.”

The Swedes kickoff against Mitchell at 6 p.m. on Oct. 1 at Gothenburg High School.

Gothenburg is coming off a difficult 26-5 loss to the Ogallala Indians on Sept. 24 and Haake says that there were some non-scoreboard victories won in that game.

“We had a 15-play drive and two other seven-play drives where we moved the ball well,” he said. “We have some guys that are filling in and stepping up and I think we are getting good effort out of them. There’s just times and places in the game where we are out-matched.”

Haake said that it was a team effort in the Swedes not getting on the scoreboard, and that the Indians’ ability to run the ball against Gothenburg played a big factor.

“They found a way to run the ball,” he said. “They haven’t been that good at it this season. But we ran the ball well, at times, we just couldn’t sustain it.”

Jake Burge accounted for 47 of those rushing yards while Trey Stevens had 38.

Defensively, the Swedes were led by Sean Meints who had 13 tackles.

Rossell had seven and Bennett Geiken had six.