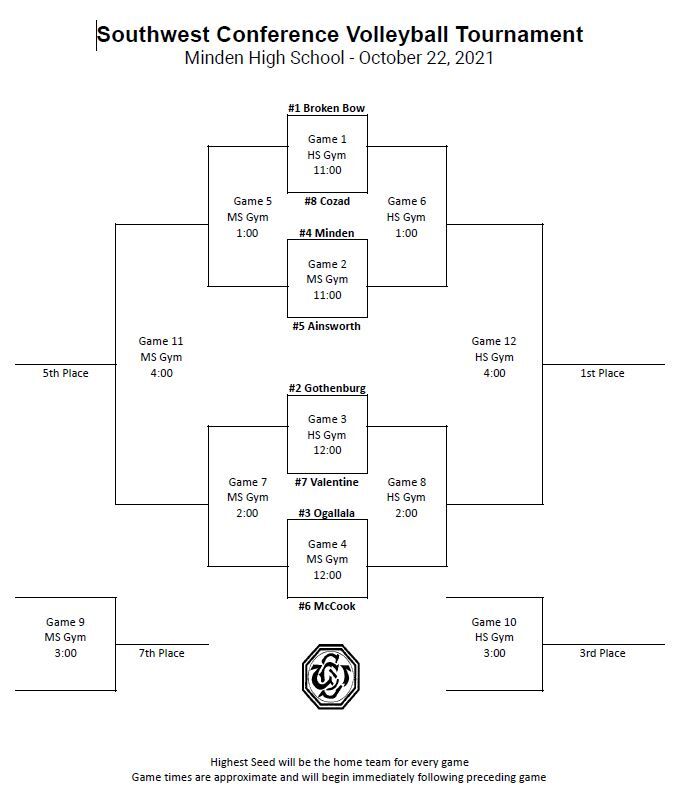 The SWC Volleyball Tournament begins at 11 a.m. on Oct. 22 at Minden. The Swedes play at 12 p.m. against Valentine in the Minden High School Gym. 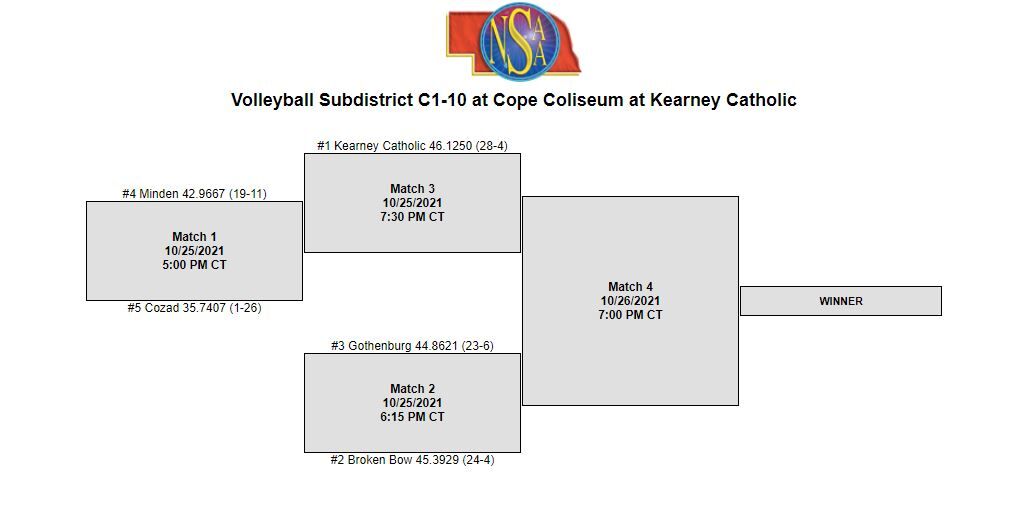 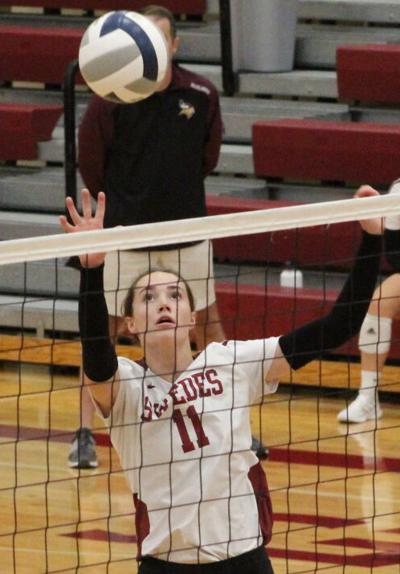 The SWC Volleyball Tournament begins at 11 a.m. on Oct. 22 at Minden. The Swedes play at 12 p.m. against Valentine in the Minden High School Gym.

The Swede volleyball team has worked this season on staying focused on the match in front of them.

No matter the opponent, they have taken each game one set at a time and maintained focus on what they can control on their side of the court.

Gothenburg has played its way to a brilliant 23-5 season and as the Swedes get ready to head into the Southwest Conference tournament, coach Bryson Mahlberg says that the team is maintaining its focus.

“Our focus all year is taking it game by game and it will be the same this week,” he said.

The Swedes faced off against Amherst on Oct. 19 at Gothenburg High School.

The score of that match was not available at press time.

The SWC touts a multitude of talent and includes four of its eight teams seeing a ranking in Class C-1 at one point or another during the season.

Considering that the Swedes have played each of the teams they will face in the tournament, as have each of the other teams in conference, Mahlberg said that leaves a lot to chance.

“That is what makes conference tournaments so interesting,” he said. “Everyone has played everyone at least once, so it will truly be who’s up Friday and competes and plays well.”

The SWC Volleyball Tournament will begin at 11 a.m. on Oct. 22 at Minden High School and Middle School.

The Swedes drew the No. 2 seed in the tournament and will face No. 7 Valentine at noon in the Minden High School Gym.

The double-elimination tournament will crown a champion at 4 p.m.

The SWC tournament can be live-streamed by clicking the following link:

The NSAA has released the brackets for sub-district volleyball action beginning on Oct. 25.

The Swedes will compete in the C1-10 Volleyball Sub-district at Kearney Catholic High School.

Gothenburg is the No. 3 seed in the tournament and will face No. 2 Broken Bow at 6:15 p.m. on March 15 at Cope Coliseum at Kearney Catholic High School.

Other teams competing in the C1-10 sub-district include Minden, Cozad and Kearney Catholic.