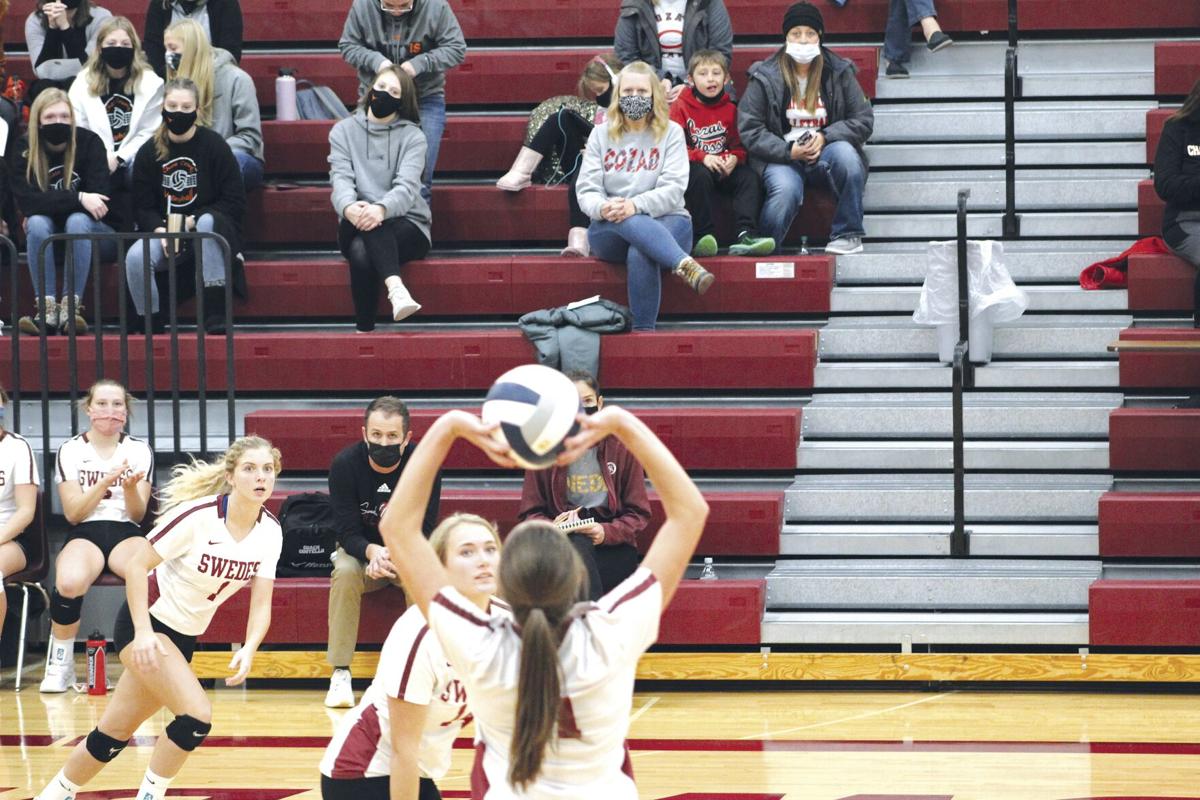 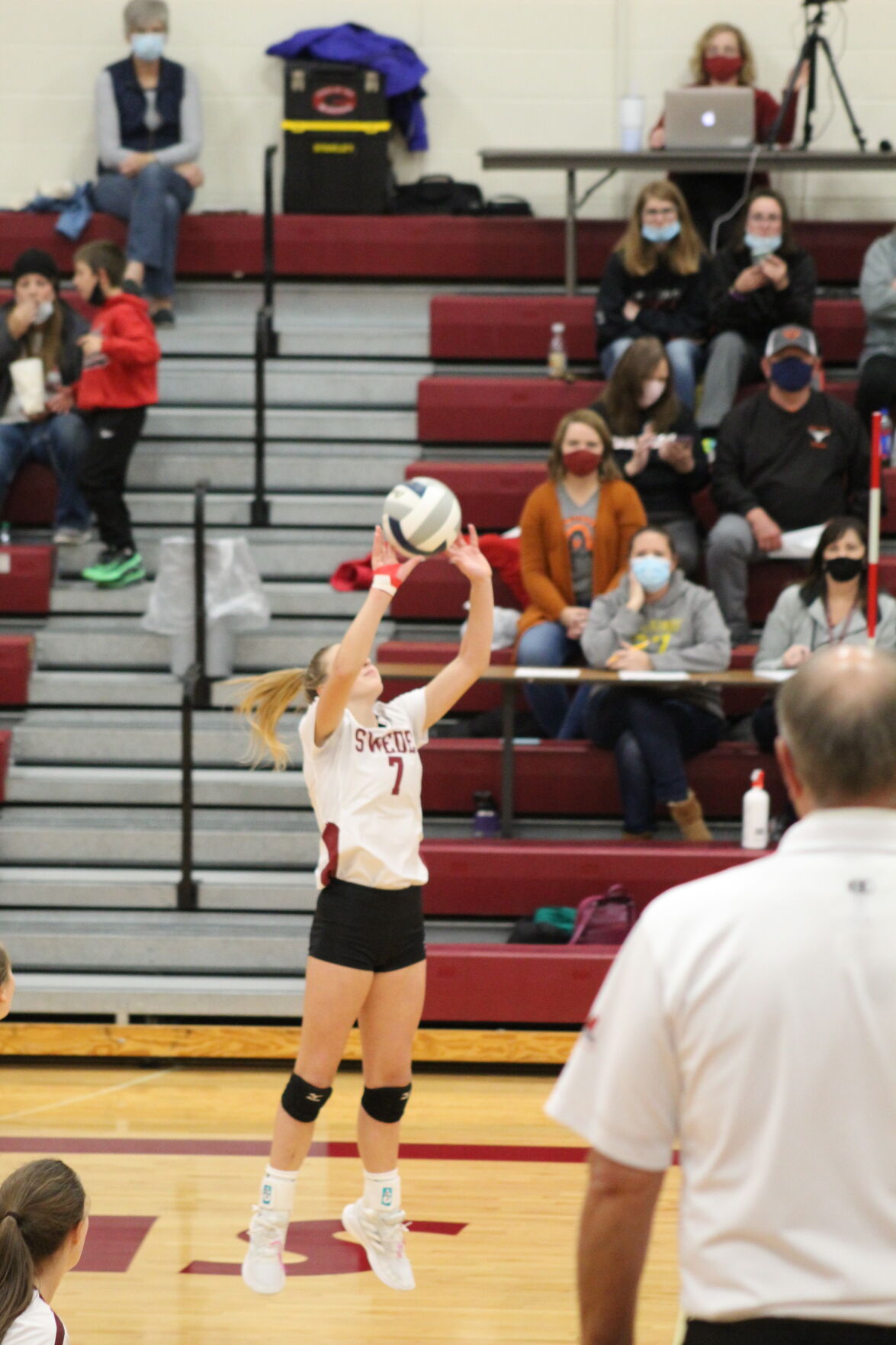 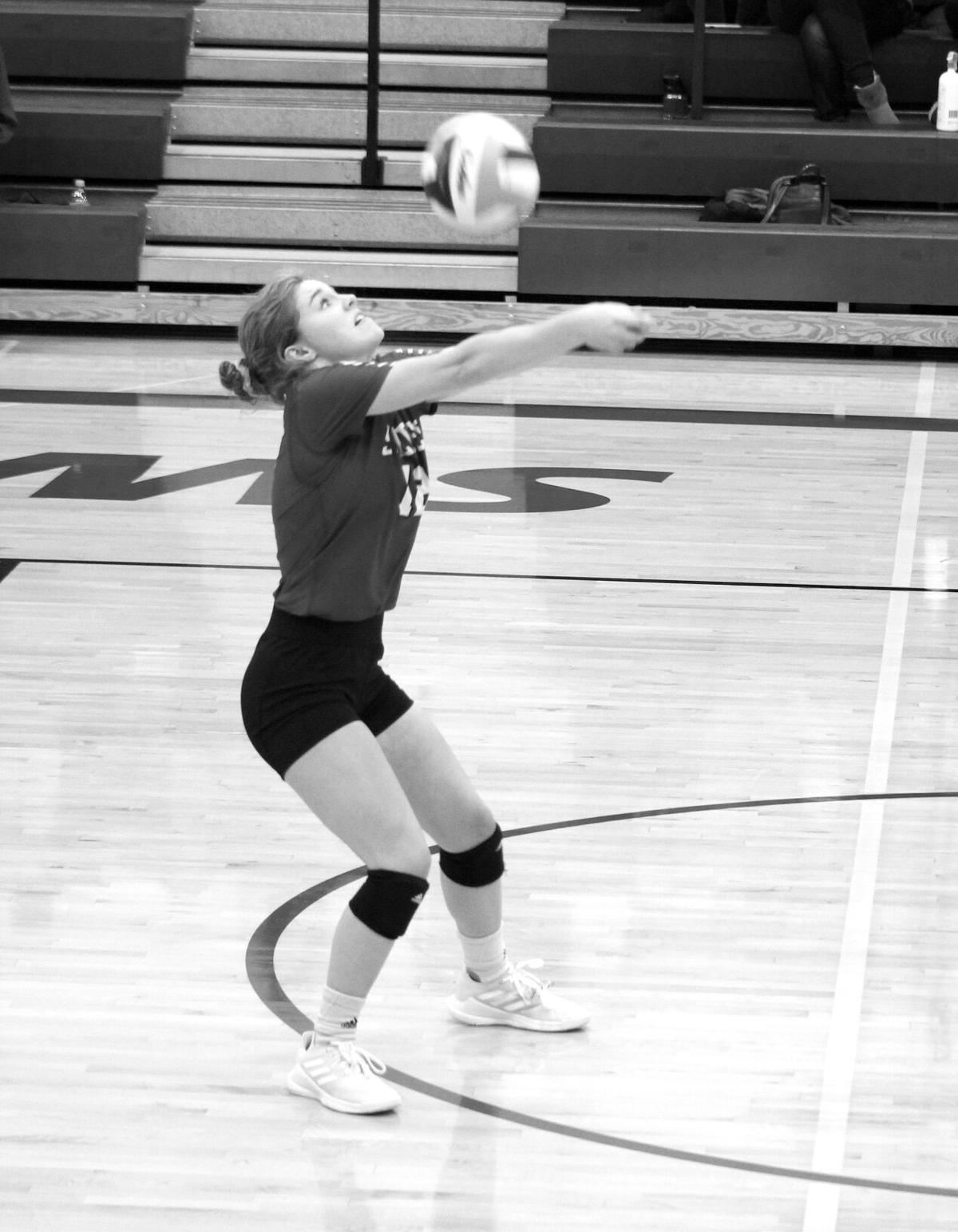 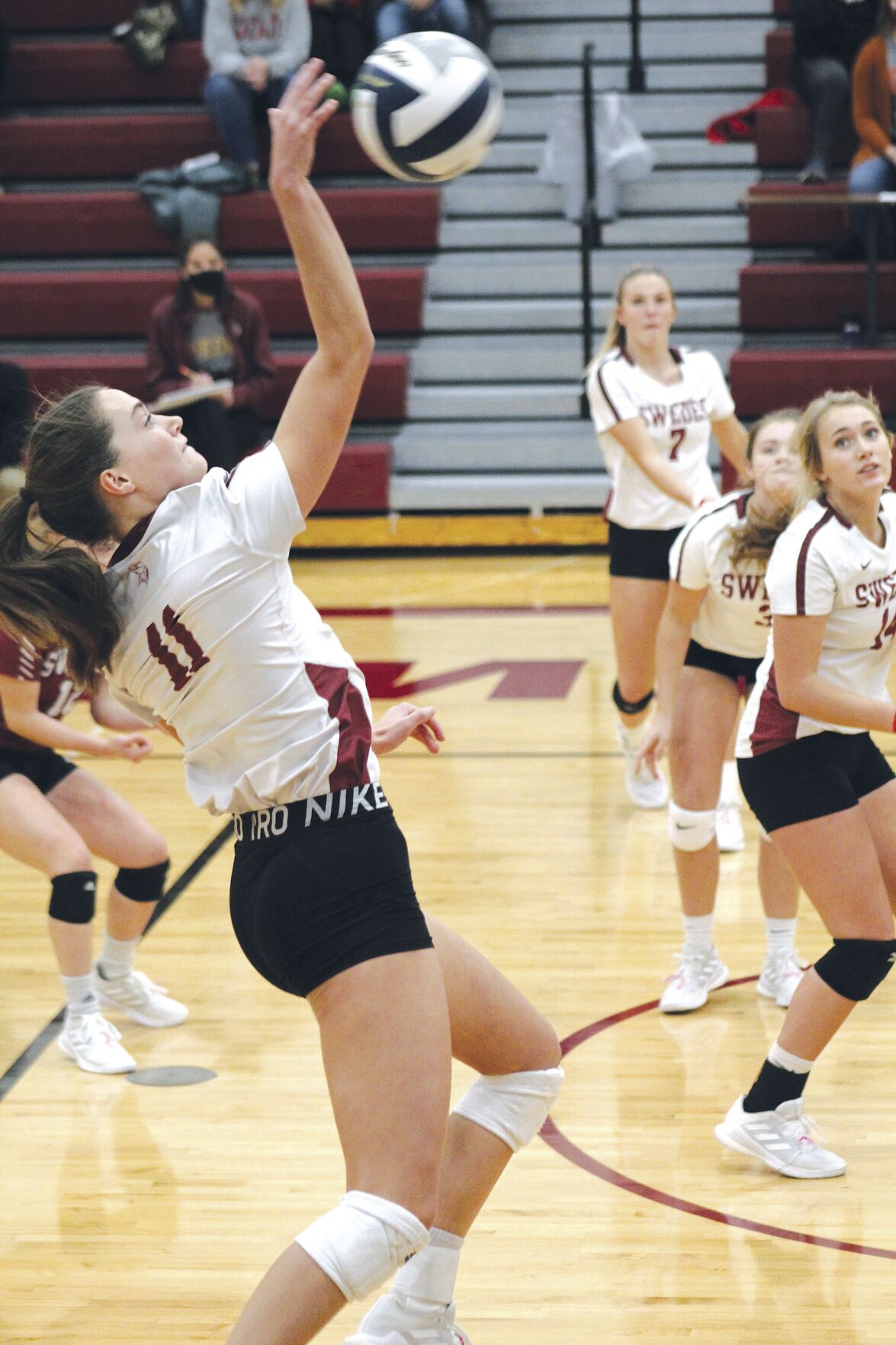 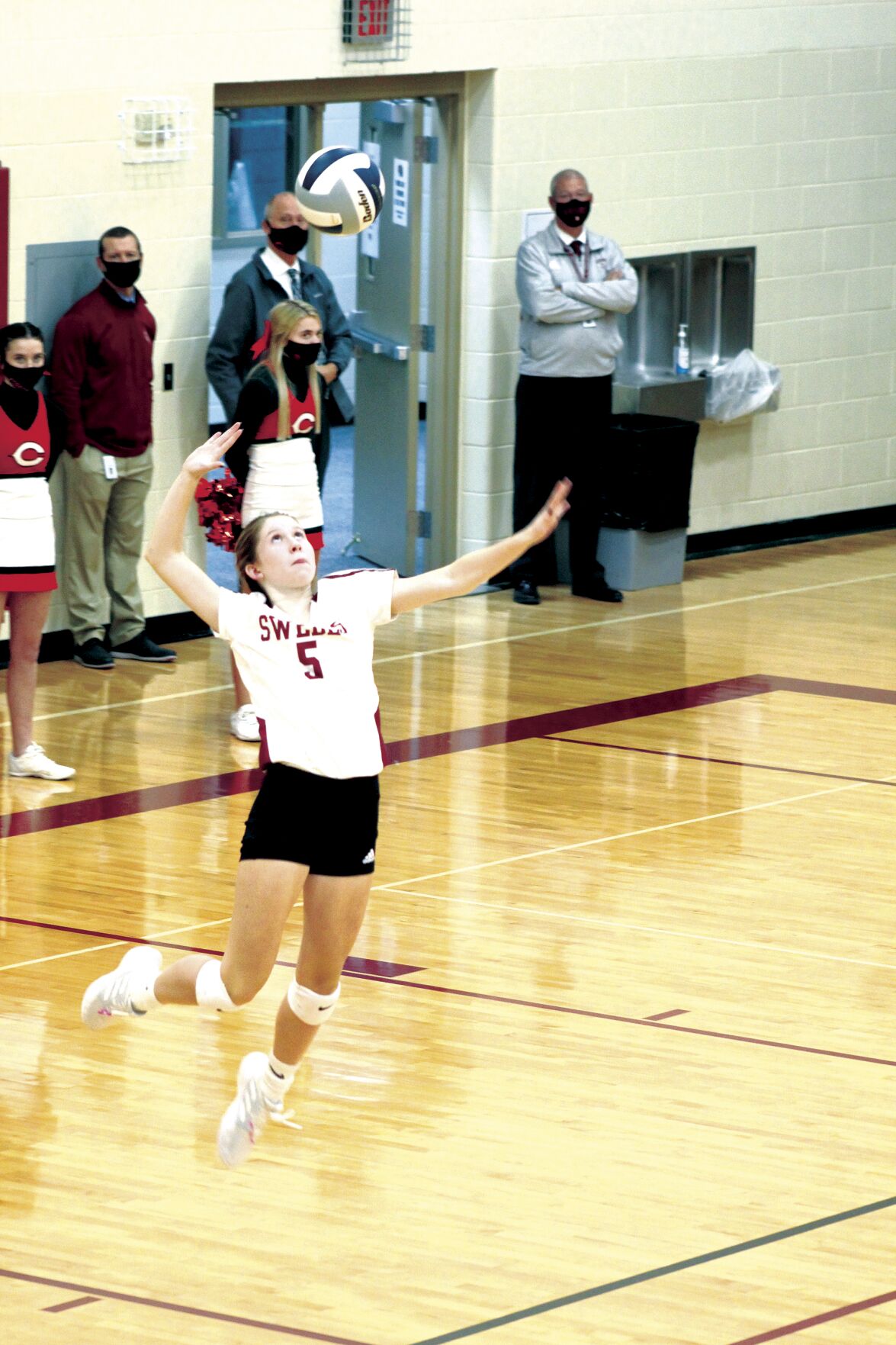 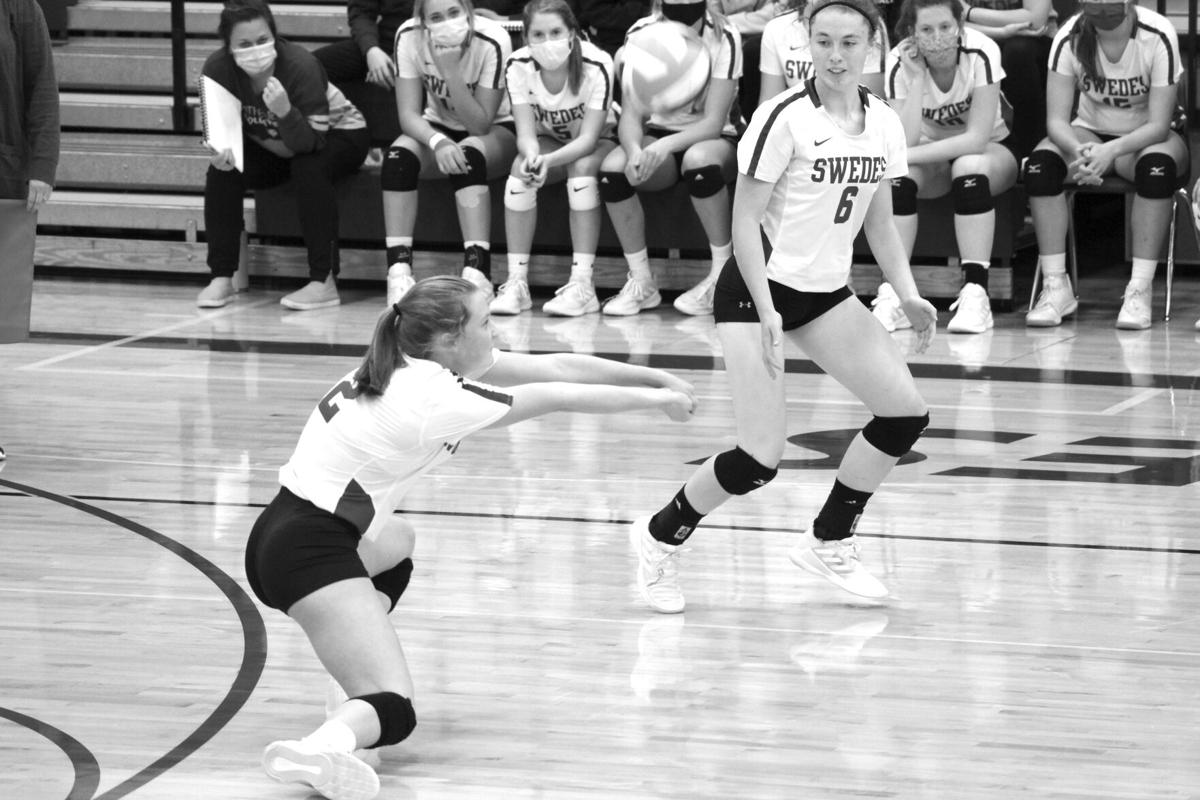 Down the stretch of every season comes a tournament or two that get teams ready for post-season play.

The Southwest Conference Volleyball tournament was held in McCook on Oct. 23, and the Swedes went in as the No. 3 seed in the tournament.

In the first match of the night, the Swedes met the No. 6 seed, Ainsworth.

The second match of the night saw the Swedes meeting the No. 2 seed Ogallala Indians who only took two sets to beat Gothenburg, 16-20, 20-25.

That loss sent the Swedes into the third-place match against Minden, who Gothenburg beat in two sets, 25-23, 25-13.

Coach Bryson Mahlberg said there wasn’t anything surprising that came from the tournament on Friday, but that it did give his team some things to focus on as they prepare to head into the post-season.

“We need to put an emphasis on being efficient offensively as we go into the postseason,” Mahlberg said. “We can be a very balanced team, we need to cut down on our errors and if we can do that and attack from each pin with a positive efficiency I think we can be very competitive.”

And as the Swedes head into the post-season, they certainly are hoping they can do just that as they host the C1-11 Subdistrict Volleyball tournament at Gothenburg High School against Cozad, Hershey and Chase County on Oct. 26 and 27.

Mahlberg said the honor of hosting the tournament is not lost on his team.

“It’s huge for us,” he said. “Once this format came out where the top seed would host, this has been a goal from the beginning and I am proud of what this team did to earn this right. We are excited to play our best volleyball at home for this week.”

Gothenburg’s volleyball team earned the privilege of hosting the C1-11 subdistrict volleyball tournament and received the No. 1 seed in the tournament, beginning Oct. 26 at Gothenburg High School.

In the second match of the evening, the Hershey Panthers beat the Chase County Longhorns, 25-18, 26-24, 25-22, setting up an Oct. 27 subdistrict championship game between the Swedes and the Panthers at 6 p.m.

Check back for updates on this game, including next round information once it becomes available.