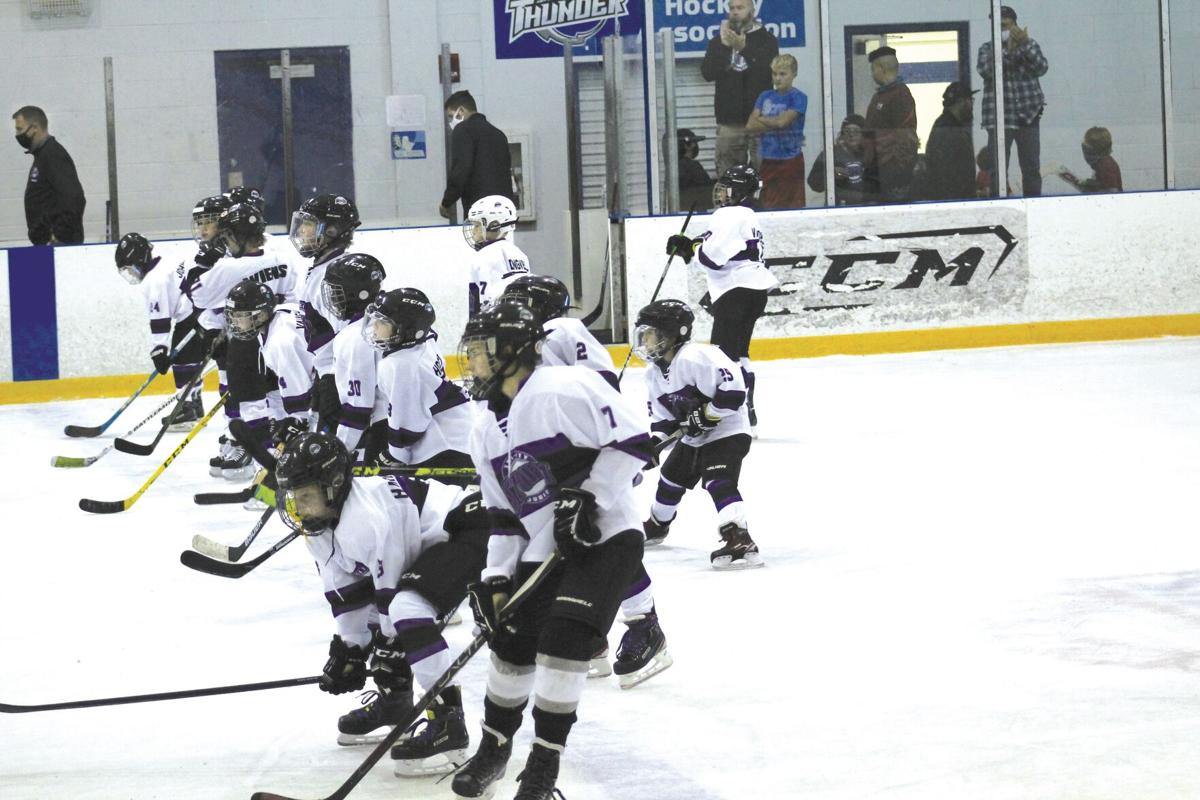 The Tri-City Junior Storm Hockey program operates under the banner of the Tri-City Youth Hockey Association banner, a non-profit organization comprised of volunteers from the Tri-City community in central Nebraska. 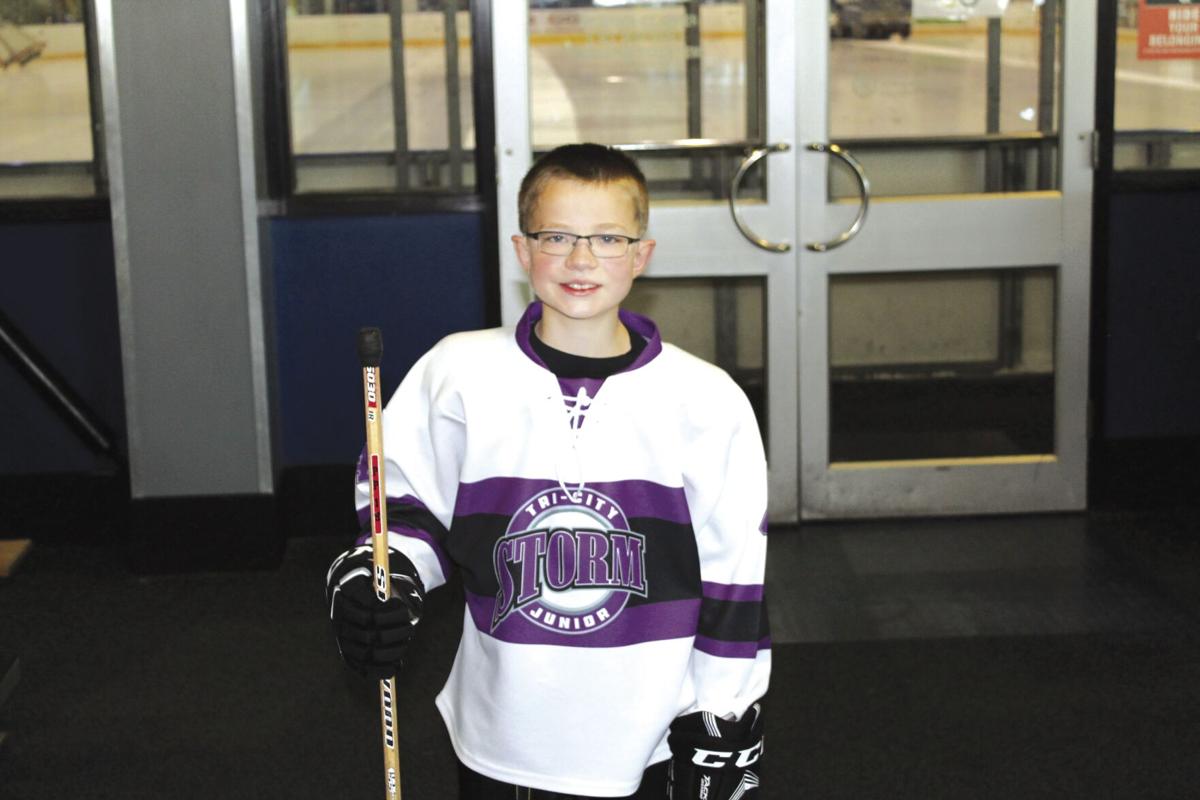 Many area athletes have found their way into they gym for the winter sports months. For Michael Vaughn, the sport of choice involves some ice. 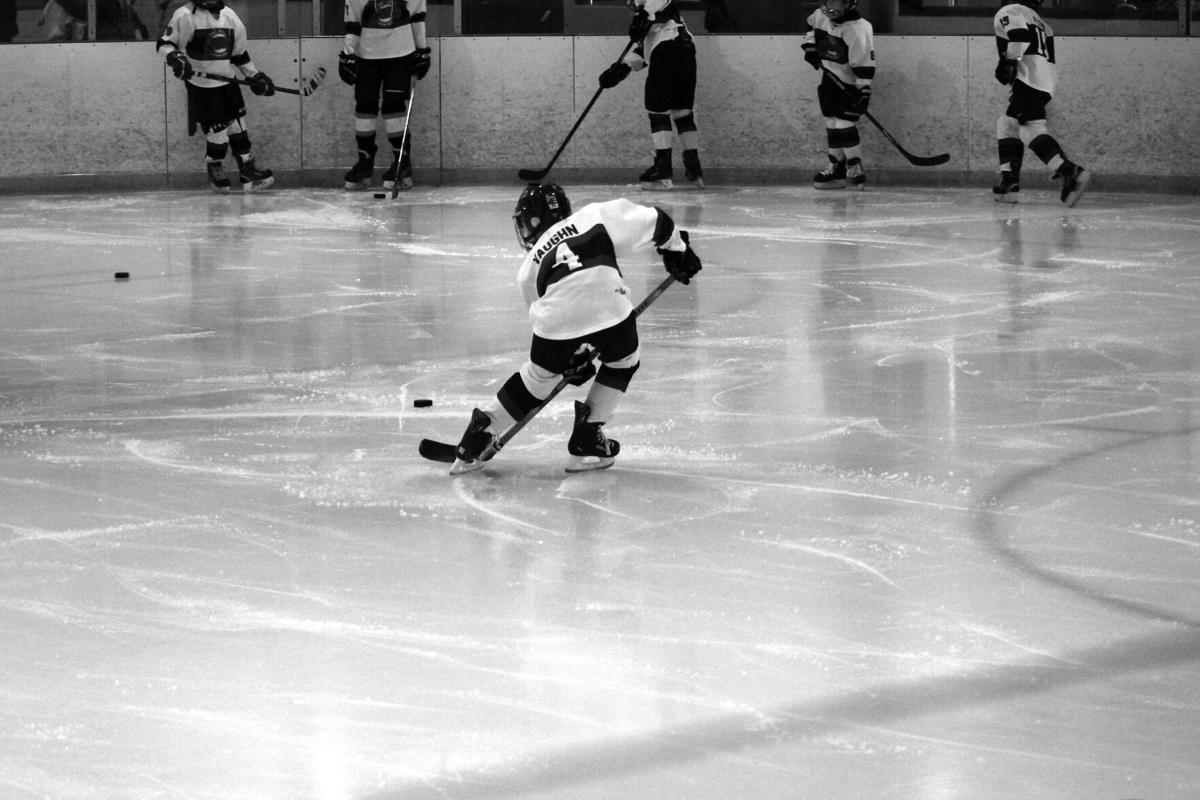 Michael Vaughn receives a pass during warm-ups at a recent tournament. Michael plays hockey for the 10U travel team that is a part of the Tri-City Junior Storm program.

The Tri-City Junior Storm Hockey program operates under the banner of the Tri-City Youth Hockey Association banner, a non-profit organization comprised of volunteers from the Tri-City community in central Nebraska.

Many area athletes have found their way into they gym for the winter sports months. For Michael Vaughn, the sport of choice involves some ice.

Michael Vaughn receives a pass during warm-ups at a recent tournament. Michael plays hockey for the 10U travel team that is a part of the Tri-City Junior Storm program.

Everett and Shanna Vaughn have always been into cars. So when their son Michael said he wanted to skate, the couple went to work looking for opportunities for their son to grow both on and off the ice.

At the time, the Vaugh family lived in the Detroit, Michigan area and at the age of 4, they signed Michael up for an Introduction to Hockey class in Dearborn.

“He struggled with skating so we signed him up for ‘Learn to Skate’ in Canton at the Artic Edge Arena,” Shanna said. “He started private lessons with Kendra Moyle and Steven Pottenger, who are professional pairs skaters. He went on to compete in skills and skills to music.”

When the family moved to Gothenburg, the options for Michael to continue to skate were limited.

“Michael loves skating so much and originally wanted to be a pairs skater,” she said. “Everett and I weren’t going to tell him he couldn’t skate anymore, so he started in hockey.”

Michael, now 10-years old, earned a spot on the Tri-CIty Junior Storm Roster, competing on the 10U travel team. The team is one of several that operate under the Tri-City Youth Hockey Association banner, a non-profit organization comprised of volunteers from the Tri-City community in central Nebraska.

The program was founded in 2000 and the mission of the association is to provide an atmosphere of fair play and fun that promotes progressive skills development, encourages continued participation and teaches the game of hockey to players, coaches and parents.

Teams are divided through assessment of competitive abilities and skills to ensure that the competitiveness of each team is well-balanced for both in-house and select teams.

So for a family that lives in Gothenburg, that means that the winter and early spring months are busier than average, but by working together they find a way to get everyone where they need to be.

“It’s go, go, go all season long,” Shanna said. “Unfortunately since we are constantly on the road we eat more fast food than I’d like.”

Shanna says that keeping Michael organized is important, especially considering the time on the road for practices three nights a week and a demanding weekend schedule.

“I usually take charge of cleaning his equipment and packing,” she said.

Michael says that he works hard to stay in front of his responsibilities and tries to get a little rest in when he can.

“I do my best to finish my homework at school,” he said. “If I’m unable to finish, I take a nap in the truck and finish it after I get home.”

Being on a travel team means that there are a lot of opportunities to experience new and exciting towns and arenas, but Michael says he has a favorite.

“My favorite tournament so far has to be in Wichita, Kansas,” he said. “It’s challenging because we have to play against Class A teams and we are a Class B team. It’s also more challenging because it’s our first game of the season while many other teams have gotten in several games.”

While the game of hockey is a bit of a shift from what his original plan was, Michael says that being a part of a team has given him the opportunity to expand his perspective - and learn quite a bit, too.

“It’s taught me about teamwork, to stay in my position and to ‘take out the trash,’” he said. “Taking out the trash is when someone gets a breakaway and somebody from your team gets behind them. That way if the puck bounces off the goalie it gives your team another chance to make a goal.”

Shanna said that she has enjoyed watching her son grow off the ice as he’s embarked on this adventure.

“Michael has always had a lot of energy and hockey helps him burn that energy,” she said. “It’s also helped him with his focus, following directions and most importantly, his self-confidence.”

She went on to say that there is a certain bit of pride she feels when she sees her son take the ice.

“The best part of being a hockey mom is the look on our child’s face as they battle it out for the puck, skating their heart out with the puck, then making a goal,” Shanna said. “Just watching them work as a team makes the sacrifices worth it.”

The families that have players participating in the Junior Storm program come from North Platte, Hastings, Grand Island and other cities around the state.

The Tri-City Junior Storm program normally offers an off-ice training program, but due to the Covid pandemic the arena isn’t allowing kids to workout inside.

This year the organization is offering an on-ice skills program on Mondays, holding travel team practice on Tuesdays and house practice on Thursdays with games being played on the weekends - many of which are out of state.

The time and energy on the road gives the Vaughn family a lot of time together and gives Michael an opportunity to think about his goals both on and off the ice.

“I would like to continue to play at least through college and try to get a scholarship,” he said. “During the summer months, I would like to teach hockey at summer camps.”

The Tri-City Storm is a member of the United States Hockey League, the top junior ice hockey league sanctioned by USA Hockey.

The league consists of 14 active teams located in the Midwestern United States for players between the ages of 16 and 21.

Nebraska touts three teams included in the league: the Tri-City Storm, the Lincoln Stars and the Omaha Lancers.

The importance of supporting local hockey is something that Shanna says is imperative for the survival of programs like the Tri-City Junior Storm.

“If we don’t have enough fans for the Tri-City Storm games, the kids will lose their arena,” she said. “Many players from the USHL go on to the NHL and it’s a kid-friendly environment.”

And, for those who may want to give it a go, there’s a chance for everyone to get on the ice.

“After some of the games, they have public skate and you can skate with the players,” she said.

Michael plans to continue to work hard on the ice and take in as many Tri-City Storm games as he and his family can. He also had a suggestion for the NHL in thinking about his future in the game.

“I think that the NHL should have full-face helmets so the players don’t continue to lose their teeth.”