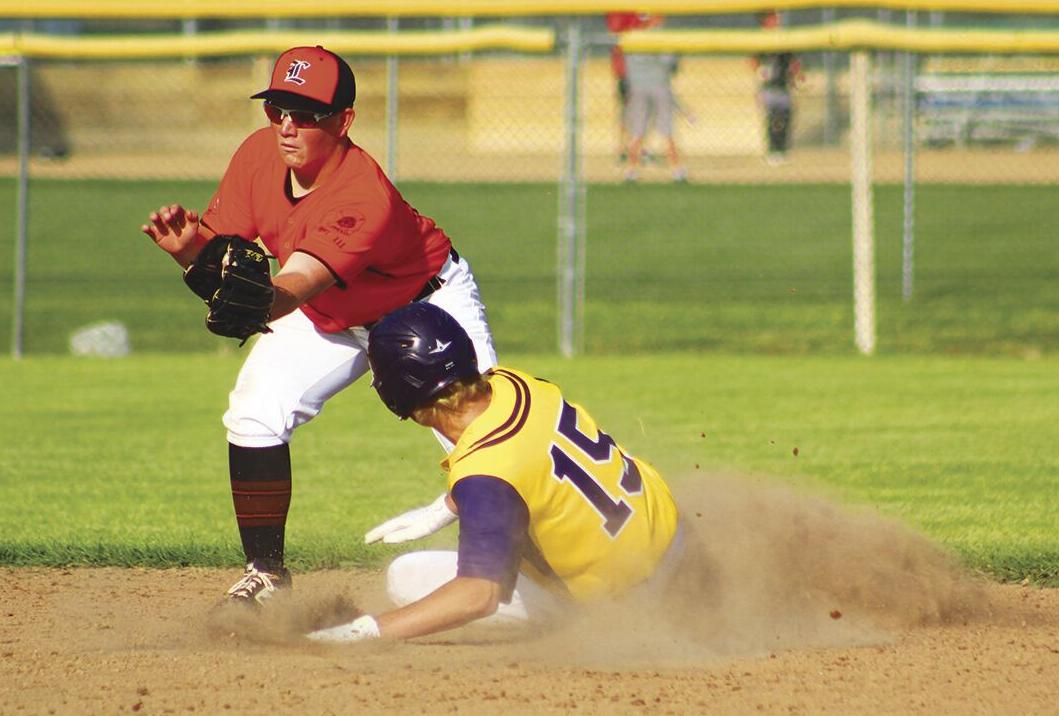 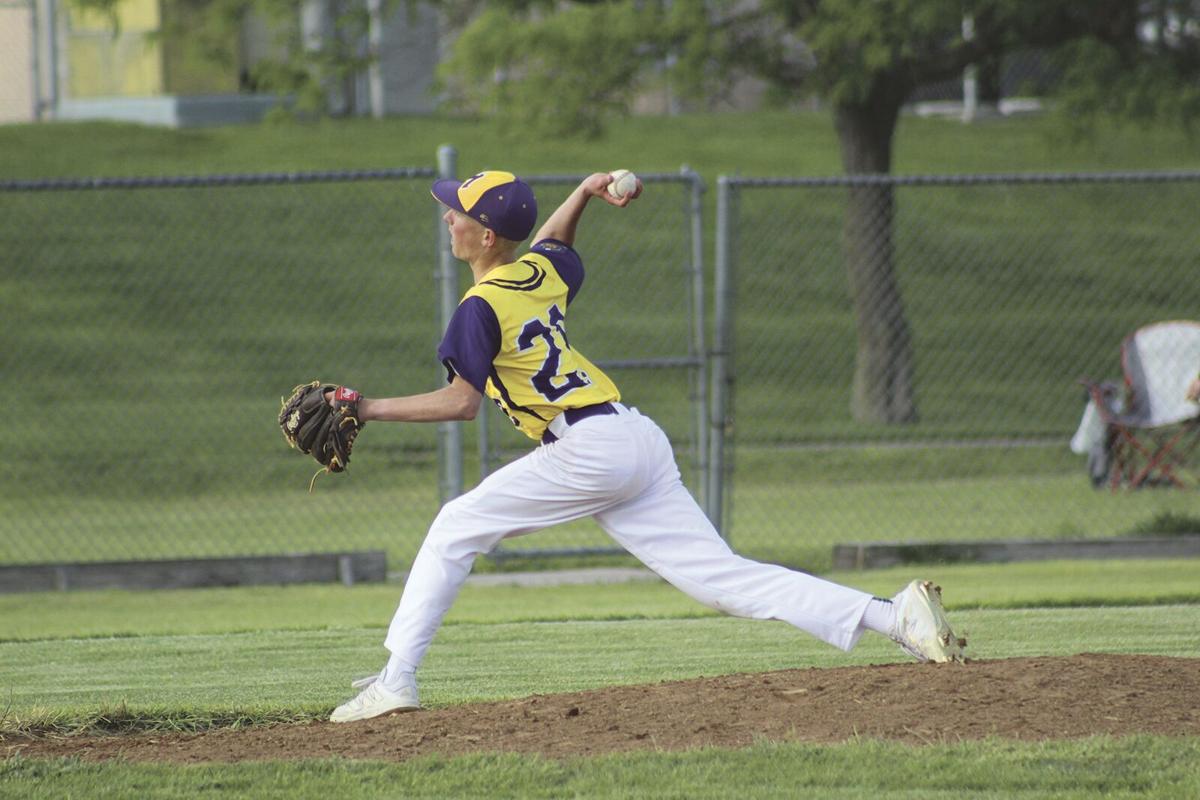 Ethan Olson pitched in relief against Lexington on May 28. 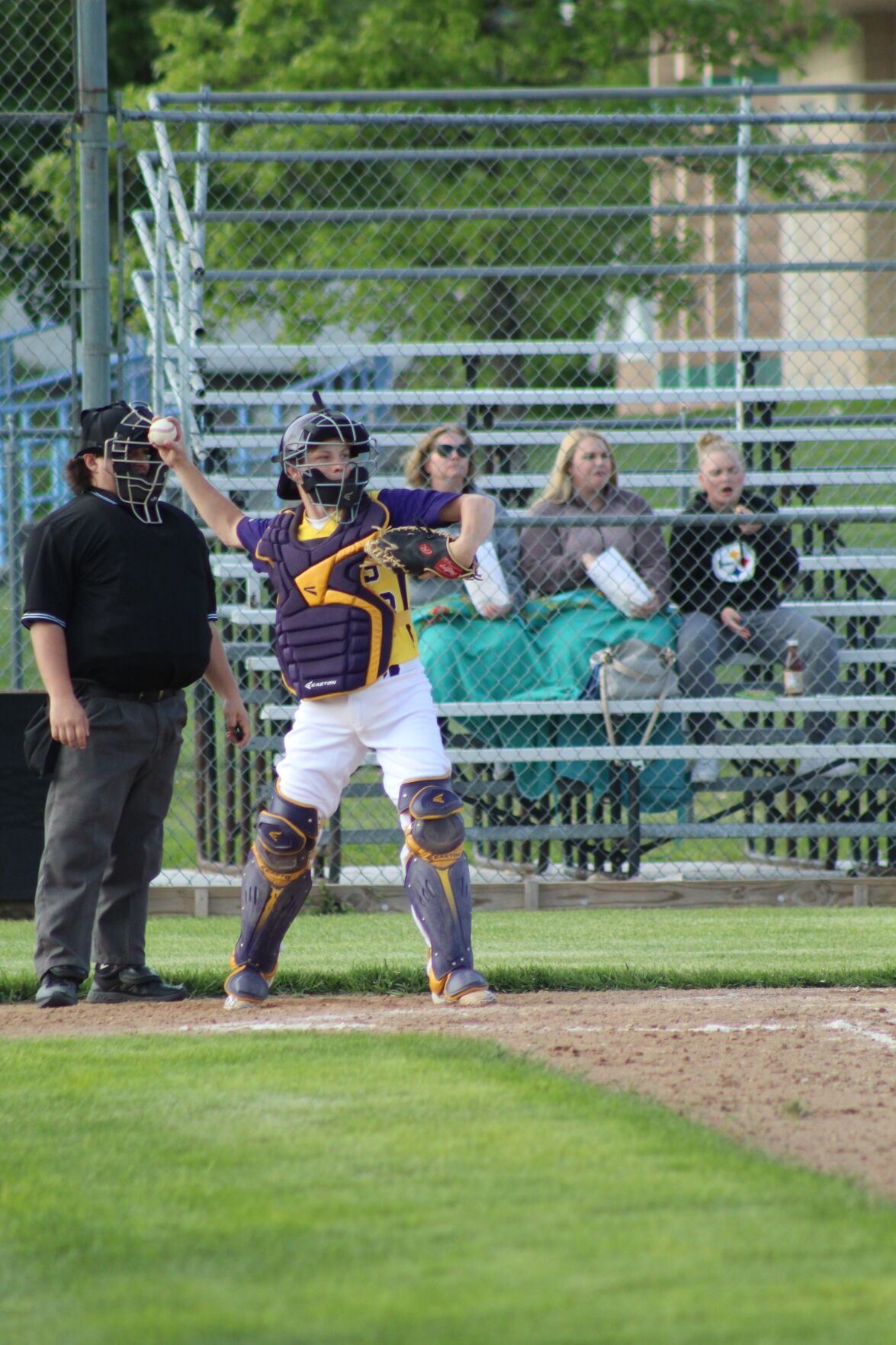 Tra Rossell sends the ball back to the pitcher. 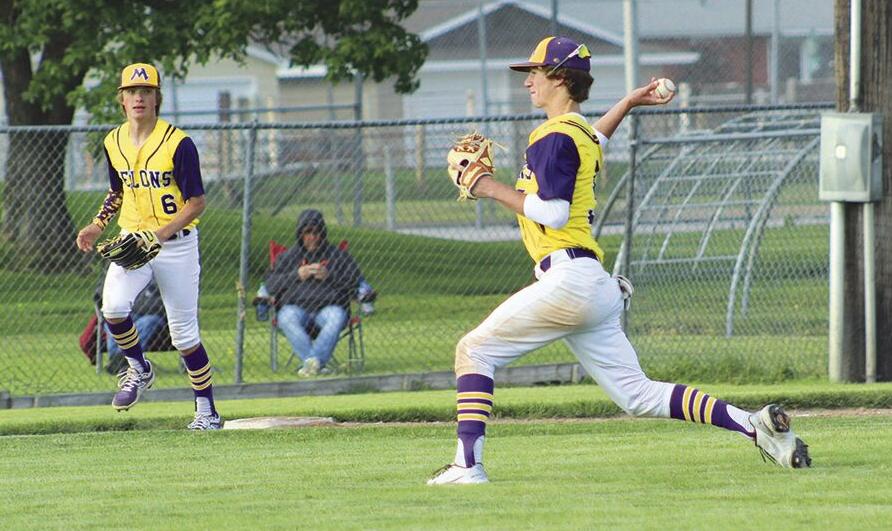 Wes Geiken fires home on May 28 against Lexington for the force out at the plate. 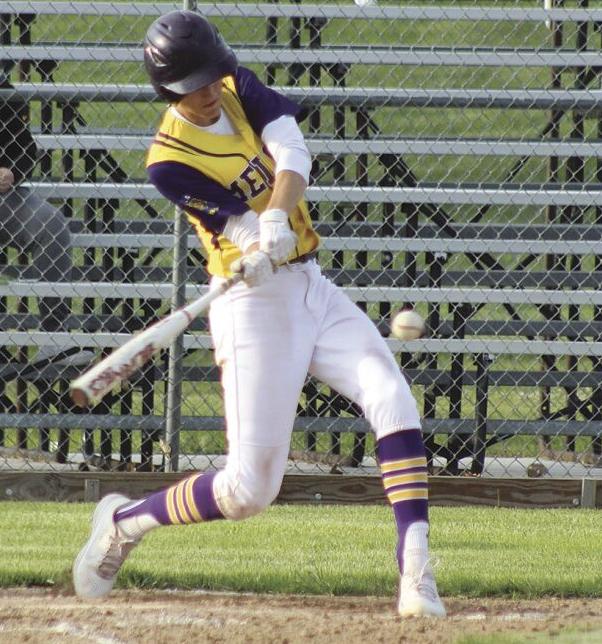 Trey Stevens has his eye on the prize - connecting with this pitch led to a double during the game against Lexington on May 28.

Ethan Olson pitched in relief against Lexington on May 28.

Tra Rossell sends the ball back to the pitcher.

Wes Geiken fires home on May 28 against Lexington for the force out at the plate.

Trey Stevens has his eye on the prize - connecting with this pitch led to a double during the game against Lexington on May 28.

Gothenburg’s American Legion Baseball teams have hit the field and are off to a solid start this season.

Last season’s abbreviated schedule had the Junior Melons sitting at 5-4 on the season and so with things back to normal this year, coach Jake Fecht is excited about how things are shaping up early in the year.

“We have good numbers out this season,” he said. “We have 11 everyday Junior players and we bring up a few Bees to round out our full roster. They have contributed quite a bit and have done a fantastic job.”

In looking at the schedule this season, Fecht said that several teams may give the Melons some trouble.

“McCook is always good and Broken Bow should be fairly salty this year,” he said. “Holdrege, Lexington, Ogallala - really there’s a number of teams that should be good. McCook will be there at the end of the year and hopefully we are there as well.”

There are a number of returning players this year and Fecht said that while the majority of them know the game really well and help the younger players along, there are a couple he will look to for leadership.

“Wes Geiken is a really well-rounded player,” he said. “He plays any position we ask, he pitches well, he hits the ball well, he just leads by example and does it well no matter where we slot him. Tra Rossell is another one, he sees the field so well from behind the plate and does a great job of letting guys know where the ball is.”

The Juniors’ season will culminate this year with the Area Tournament, and this year, the Melons are hosting.

“It’s huge for us to host the area tournament,” Fecht said. “We have worked our tails off to get the field into great shape. We added Diamond Pro to the infield, we leveled out the baselines, fixed the mound and the plate area. It means a lot to be able to show things off.”

“It will be really good for the program,” Flesch said. “It has been a long time since we held an area or state tournament. I know that we, as a board and as a staff have put in a ton of effort to get the field back in top condition.”

Flesch went on to say that while the board and staff have done the majority of the leg work, none of the improvements would have been possible without the teams’ sponsors.

The Senior Melons have also hit the ground running this year, and after a 4-5 Covid baseball campaign in 2020, Flesch said that the team is excited to be back on the field with a full slate of competition in front of them.

“I think we are going to have a good season, we have a good group of kids,” Flesch said. “It was a tough spring with the cool weather and the wind. We didn’t get a lot of reps in the batting cage or on the field.”

Despite that, the Senior Melons are off to a good start, gathering wins over Holdrege and Lexington.

Flesch also feels that the numbers for his senior team look good this year, and said that while there are only seven full-time Senior players, the Juniors are happy to help fill in the spots to round out the roster.

He went on to say that the biggest battle they will face as a team is keeping arms healthy.

“We loaded the schedule with lots of back-to-back-to-back games in a three-to-four day stretch to duplicate the (area) tournament,” Flesch said. “I think that will help when we get to that point in the season.”

Flesch said the Senior team had a great core of players who were not only teammates, but also friends, which helps the chemistry on the field.

“The Seniors I will lean on for leadership will be Maddox Rickertsen and (Riley) Tubby Baker,” he said. “But I think they are all good teammates to each other and the younger kids.”

Both Melons teams have seen three games this season, each holding a 2-1 record early.

Home games are played at the American Legion Ballpark across the street from Gothenburg Public Schools on Avenue I.